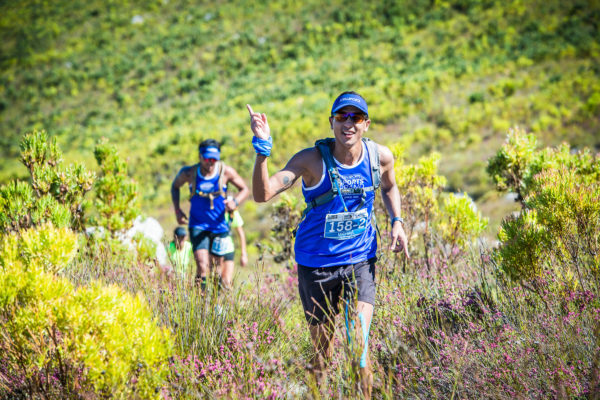 The 5th and final AfricanX Training Run will take place this coming Saturday, 17 March 2018 at Boschendal Wine Estate, the home of the 2018 AfricanX Trailrun presented by ASICS.

Hosted under the guidance of former AfricanX winners Dawid Visser and Rohan Kennedy, the AfricanX Training Run #5 will give runners a perfect idea of what to expect from Stage Three of the 2018 AfricanX Trailrun presented by ASICS.

“The goal of the AfricanX Training Run is to prepare runners for the 10th annual AfricanX Trailrun,” says Visser. “This will be the first time that the AfricanX is hosted at the picturesque Boschendal Wine Estate. The training run will feature a lot of the routes that will be run during Stage Three of the event. Runners will get the perfect opportunity to familiarise themselves with the terrain and surroundings. This will also be the last opportunity to test gear and make changes before race day. Runners can look forward to beautiful surroundings, spectacular trails and a taste of the race day excitement.”

For further information or to confirm attendance please email niquita@stillwatersports.com