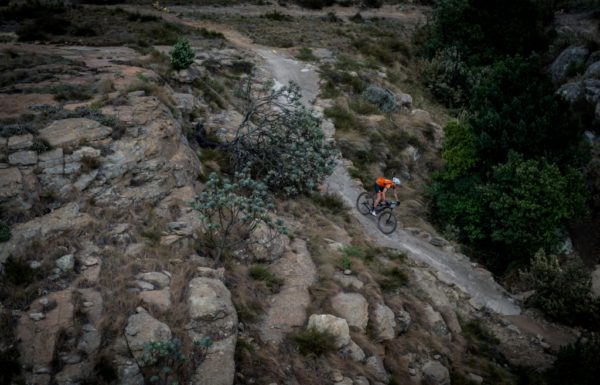 The 2016 edition of the Grindrod Bank Berg & Bush Descent promises to be one of the most fiercely contested stage races on this year’s South African MTB calendar. Thanks to a growing reputation as the local mountain bike stage race with the most gees, the event has been able to assemble a stellar elite field. This October the cream of the local MTB crop will be rising, and dropping, and rising, and dropping around the Drakensberg.

“I am looking forward to it,” says Beers. “I think I have recommended this event to everyone I have spoken too. I love it. The vibe, the people, the atmosphere; everything about the Berg & Bush is superb. Last year I had a good ride, but would like to go one better. Erik and I know each other well from competing in many similar races, so although we haven’t had much time to train together, I think we will make a solid team.”

Beers knows that the competition will be tough, though, and is certain that the race pace will be fast and furious. “Last year there was a sprint for the line on the first two days, so I really think the the racing is going to be hot. To be honest, if I look at the line-up I wouldn’t be able to say what is going to happen, because I think most of the elite men’s teams could win this one.”

Hatherly is also expecting a tight tussle in the elite men’s race. “Looking at the men’s field, I think this could be one of the fastest Berg & Bush events ever,” says Hatherly. “I don’t think there will be too much time to rest during this ride. But the racing will be fun. I like competition, I think it makes events more exciting.”

The Berg & Bush has also assembled a strong women’s field. Last year’s mixed category winner Candice Neethling will be lining up to ride alongside Namibian 2016 Olympian Vera Adrian (the pair rode to victory at the 2016 sani2c). Also in the mix is 2015 women’s category winner Carla van Huyssteen (this year riding with Kim le Court in team Time Freight colours) and the ever-dangerous pairing of Robyn de Groot and Jennie Stenerhag.

“This is the first Berg & Bush I’ll be doing,” says Adrian. “I can’t wait to see what it is all about. I have only heard good things about the race. I love doing new races and seeing new areas, and I’m especially looking forward to seeing the Drakensberg again for the first time since I was a child.”

Adrian is also looking forward to a competitive race and riding again with Neethling. “I really enjoy racing with Candice. We are almost the same age and we have the same view on racing. Both of us enjoy the technical riding (we are not too bad at it either) which is a great advantage when it come to competing in the women field. It’s great there are good ladies teams coming. Competition isn’t a bad thing. It makes the racing harder but also interesting and more rewarding.”

Race organiser Gary Green has been hard at work in the last few weeks ensuring the trails are in tip-top shape and that the new singletrack sections are ready for the Descent, the Great Trek and the original 2 Day. “Everything is looking good for this year’s Berg & Bush,” says Green. “I’m looking forward to the racing; the field in the men’s and women’s race is exceptional this year. It’s great to have the elite guys at our race and to hear how much they enjoying coming back. We’re sure 2016 will be more of the same great fun for everyone.”