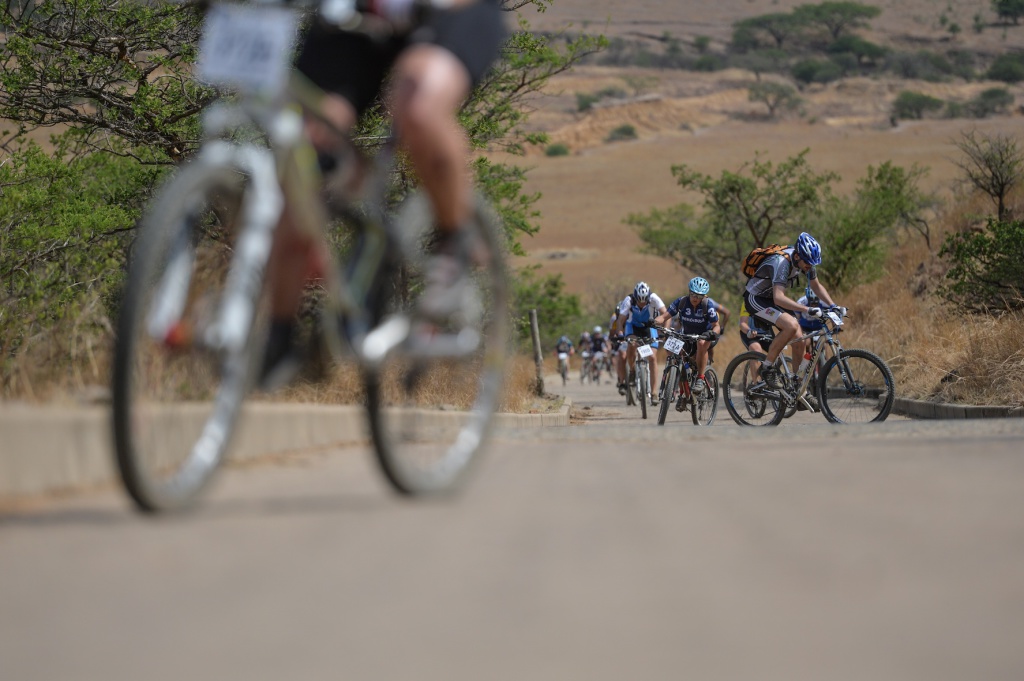 Participants in this year’s FedGroup Berg & Bush two-day race can enjoy an Alpe d’Huez-style race up Spioenkop in the Central Drakensberg on October 18. Photo: Kelvin Trautman

Mountain bikers who have signed up for the original two-day stage race at the FedGroup Berg & Bush can enjoy the thrill of an Alpe d’Huez-style charge up Spioenkop on October 18.

Race organiser Gary Green said he had decided it would be fitting to introduce a fun Tour de France-style element on the landmark ascent in the Central Drakensberg.

“And, as in last year’s Tour de France, riders will be doing it twice in one day.”

While the first ascent would form part of the 62km opening stage, Green said the second round would be an optional extra feat for participants once the day’s racing was done.

The mini “race within a race” would precede the traditional sundowner tour of the historical Anglo-Boer War battlefield site, he said.

“On Saturday evening, when we’re all on top of the mountain for sundowners, we’ll have a separate race for men and women from the boom gate at the bottom to the summit.”

Green said the 1.5km ascent, which featured 14 speed bumps and a gradient of up to 20 per cent in places, would be the ultimate endurance test for riders.

“We hope to create an Alpe d’Huez-type effect, whereby the cyclists line the route and cheer their fellow riders on.”

Those only brave enough to take on the climb first time round would still be rewarded with an adrenalin-fuelled descent on the other side, he said.

“Bell Equipment has helped us create a series of berms and jumps coming off the mountain. This will be a fun section to finish off a great day’s riding.”

Green said participants in the two-dayer could also look forward to the traditional boat crossing of Spioenkop Dam on day one, which had been omitted from the three-day Descent and Great Trek events.

“We’ve upgraded the boat crossing by having bigger boats and more of them in operation. We hope this will reduce the waiting time and get riders across the 2km section of the dam quicker.”

He said the three-day riders need not feel hard done by as they would enjoy a new-look opening stage featuring 35km of fresh trails – known as the Drakensberg Drop – leading down off the escarpment.

Back at the Emseni Camp race village, new ablution facilities would provide welcome hot showers after a long day on the bike, he said.

“We’ve also created more camping space along the banks of the Tugela River, so we can spread the tents out even more and ensure a great camping experience for everyone.”

The FedGroup Berg & Bush starts with the feature race, the Descent, on October 10, followed by the Great Trek on October 14. The two-day event brings the eighth edition to a close on October 19.