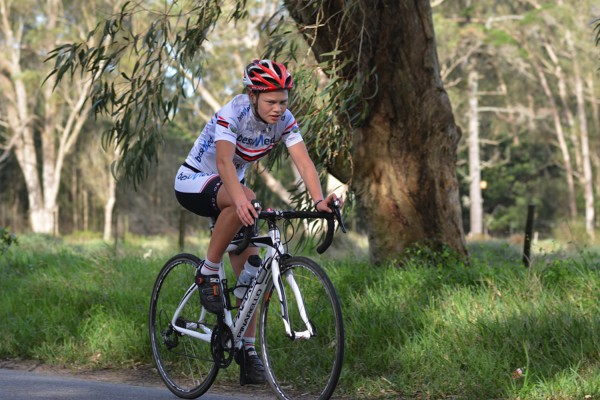 When 16-year-old Jessica Brown lines up for the 30km race at the Bestmed Makro Cycle Tour on Saturday morning it will mark exactly seven years since the start of her cycling career. Back in 2008, she entered the 5km race as a Grade 3 learner and promptly fell in love with the sport.

Nine-year-old Jessica immediately joined the Bestmed Lorraine Primary cycling team and embarked on a journey that would alter her life path completely. Two years ago, she claimed the national road champion’s jersey in the under-14 age category. This year, the Alexander Road High pupil kicked off her season by taking silver at the national champs in Nelspruit. She followed this up with a win in her age group – and third overall – at the Daily Dispatch SPAR Cycle Tour in East London. Jessica continued her great run of form with gold in the road race and criterium at the Oudtshoorn Youth Festival in July.

Her impressive performances have not gone unnoticed and she signed with the Bestmed-ASG women’s professional cycling team earlier this year. “It’s really nice to be in the team and very exciting because you never know what your next challenge will be or where you are going,” she said. The goal-oriented young cyclist, who lives in Lakeside in Port Elizabeth, has clear direction on her future however. “I’m aiming to become a full-time pro cyclist after school. I’m even taking some courses to be a timekeeper and team manager.”

In the meantime she is dedicated to balancing her Grade 9 schoolwork with a taxing training schedule that sees her riding six days a week. Remarkably, Jessica still finds time to play hockey for both her school’s U/16B team and her first-league club outfit. On Saturday, she will notch up yet another participation in the event where it all began. “This is my eighth Bestmed Makro race and my goal is to finish in under an hour.”