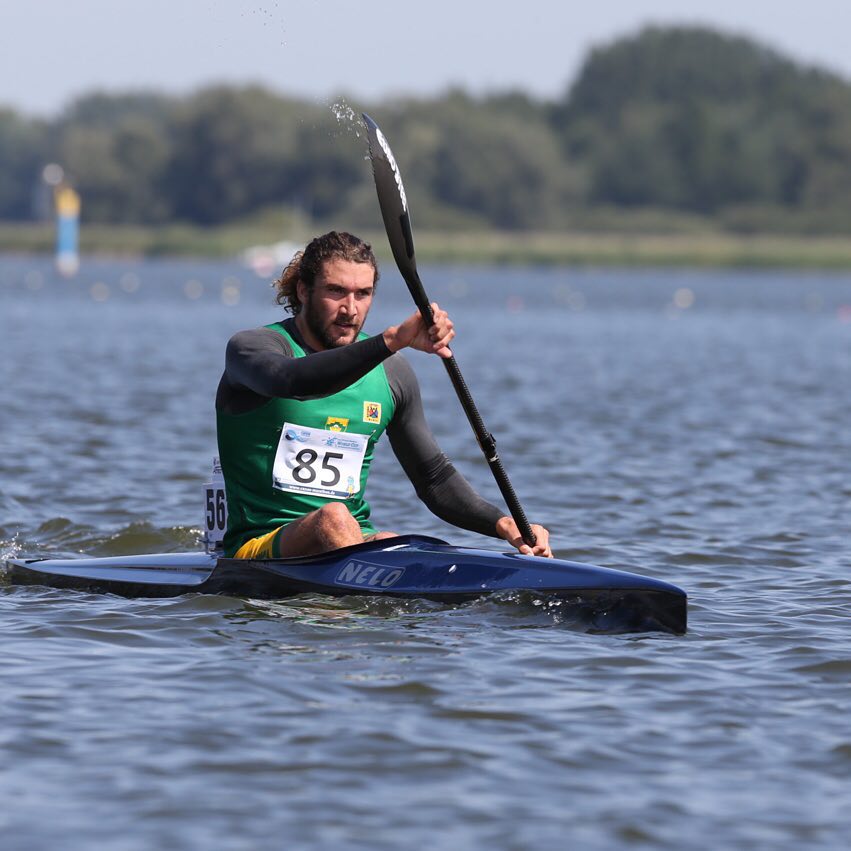 Birkett was locked in a three boat tussle as they turned for the short final lap with Hungarian Adam Petro and Belgian Dries Corrijn. Their run into the finish was somewhat unsettled by wake from an officials boat but Petro timed his charge perfectly, coming off Birkett’s wave to win by a boat length.

“I am chuffed with the medal,” said Birkett after the race. “The pace was fast for the first hour and a bit until we whittled it down to four paddlers. Soon it came down to the Hungarian, the Belgian and myself as we came into the last portage.

“I had a good last portage, and I pulled the last small lap into the finish line with the Hungarian on my side wave, and got caught out in the end sprint by the Hungarian.”

“It was great racing, but more importantly it was awesome practice before the Worlds,” he added. “I must admit I am feeling a little frustrated, but it is all a learning curve.”

The German World Cup forms part of Birkett’s build-up to the Marathon World Champs in Gyor in Hungary in September that will include several other major races bin Europe, including the Sella Descent next weekend.

Birkett won the national senior K1 marathon title in June and will join reigning world champion Hank McGregor as the South African challengers for the world titles in September. Birkett is a former Under 23 marathon World Champion.