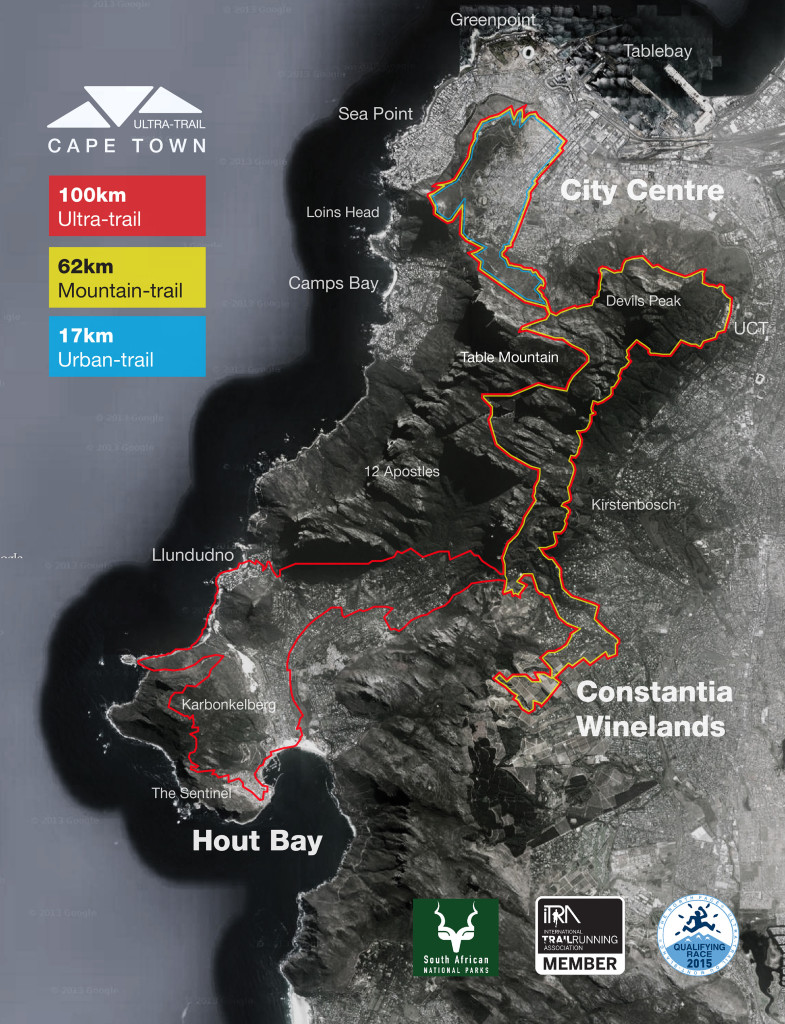 The endurance race will take place across Cape Town’s iconic Table Mountain, and at 100km with 4200m elevation gain and a cut-off time of 15 hours it will be the most demanding race to happen in South Africa and one of the toughest in the world.

The race covers the iconic Cape Town landmarks of Lions Head, Signal Hill, Table Mountain, Houtbay, Llandudno, the Constantia Winelands and Kirstenbosch Nature Reserve. With a 4200m gain, a demanding cut-off time of 15 hours, this is only for the very fit.

The event’s mastermind and Summit Events founder, Nic Bornman, started planning the race over two years ago while living in Hong Kong, where he first got involved in the sport and discovered the city’s large and vibrant trail-running culture.

“Trail runners are always seeking to cover more distance and to push their endurance levels,” explains Bornman. “As such, we believe that there is increasing emphasis on using trail running as a means of exploring and redefining what is possible for everyday people. Taking into account South Africa’s large community of runners who subscribe to this kind of thinking, there is a gaping hole locally when it comes to a large-scale Ultra-trail running event.”

“Cape Town is consistently voted in the top three global destinations to visit and Table Mountain was recently inaugurated as one of the Natural Seven Wonders of the World, which is why it makes perfect sense to host what is anticipated to be South Africa’s largest Ultra-trail race in the Mother City.”

The event will be broken down into three separate races, of which the two longer events have been graded and fully recognised by the International Trail Running Association. They are the main 100km Ultra-trail, the 62km Mountain-trail and the slightly more manageable 17km Urban-trail.

The main race covers the iconic Cape Town landmarks of Lions Head, Signal Hill, Table Mountain, Houtbay, Llandudno, the Constantia Winelands, Newlands Forrest and Devils Peak. With a 4200m gain and a demanding cut-off time of 15 hours, this is only for the very fit advanced to elite runners.

The Mountain-trail race at 62km is not quite as challenging as the 100km race, but will still be aimed at fit and experienced runners who arecomfortable spending a significant amount of time on their feet. The route has a 2900m gain and covers the same route as the Ultra-trail, excluding the Houtbay/Llandudno loop.

Lastly, a 17km with a 900m gain, is the more manageable Urban-trail race, the route will cover some of Cape Town’s best known landmarks such as the Company Gardens, Greenmarket Square, the Bo-Kaap, Signal Hill, Lions Head and the lower contours of Table Mountain.

The start and finish point for all three races will be at Cape Town High School in the city centre.

“Cape Town is one of those unique cities where you cannot divorce the natural landscape from the urban environment,” says Bornman. “The route therefore weaves together Cape Town’s cultural, social and natural heritage. With the challenge of overcoming obstacles made up of the fabric of Cape Town’s iconic landscape, the stage is set for one of the world’s premier ultra-trails.”