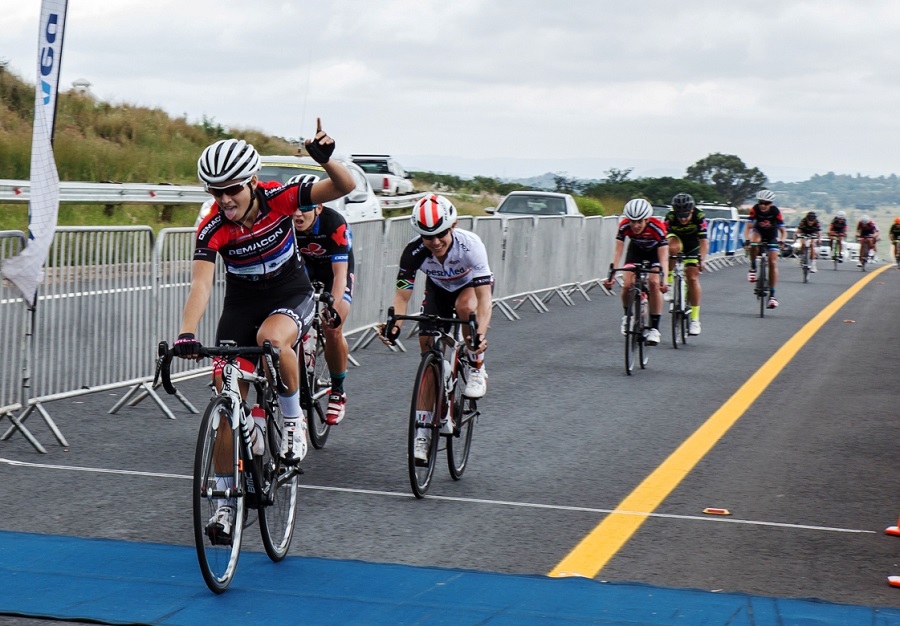 Defending champion Kim le Court is preparing for a serious challenge as she lines up a hat-trick of victories in the Bestmed Berge en Dale road race near Krugersdorp in Gauteng next weekend.

The 21-year-old Demacon Women’s Team rider has won the last two events, but said she felt the pressure would be on her when the feature 107km road classic took place on February 24.

The Berge en Dale, presented by Optimum Financial Services, starts at the Cradlestone Mall in Muldersdrift on the West Rand and is a seeding event for the Cape Town Cycle Tour. Entries for the race close tonight.

With the Cape Town event looming next month and many riders fresh from competing in the South African National Road Championships in Oudtshoorn last weekend, Le Court said she expected stiff competition in the women’s race.

“There are a group of strong riders in South Africa now and with the SA champs just a week ago and people looking ahead to the Cape Town Cycle Tour, everyone’s in good form and it’s going to be tough,” she said.

“But our main focus is to concentrate on what we want to achieve as a team.”

After a family trip to France during the Christmas period, Le Court said she only resumed training this year on January 10.

“I still aim to do well in the Berge en Dale and having won the race twice in a row it has a special meaning for me,” she said.

“But I didn’t get much base training so I will just have to see how my climbing legs are.

“While winning is my goal, the main objective is to work together as a team and to make sure we have one of our riders on the podium.”

Le Court will get an idea of her fitness on Saturday when she competes in the African Continental Road Championships in Rwanda. She will ride in the road race.

“I’m a bit nervous for that because it is quite a hilly race over about 85km, which will test my legs,” said the Mauritian national, who will arrive back in South Africa on Sunday.

She said she was enjoying her second year with the four-rider Demacon team, who have HEAD Bikes SA as their equipment sponsor this year.

“That makes it much easier mentally and everything is so well organised. We understand each other, communicate well and commit ourselves to what is decided.”

Le Court said they had no specific lead rider, but would gauge things before and during the race to make sure they delivered someone to the podium.

She identified the 11km climb at the beginning of the Berge en Dale route as a key section.

“There is going to be a lot of pressure on the start because the bunch can often break up on the climb.

“That’s what we would like to happen because it’s not great to have a big group at the top of the hill.

“I don’t want to give away any secrets, but from there it will be a case of trying to make sure Demacon are up front and deciding on our strategy as the race unfolds.”

Besides the main event, there will be a 59km road race as well. The mountain biking component has been cancelled this year.