Champions crowned after clash in the Koue Bokkeveld 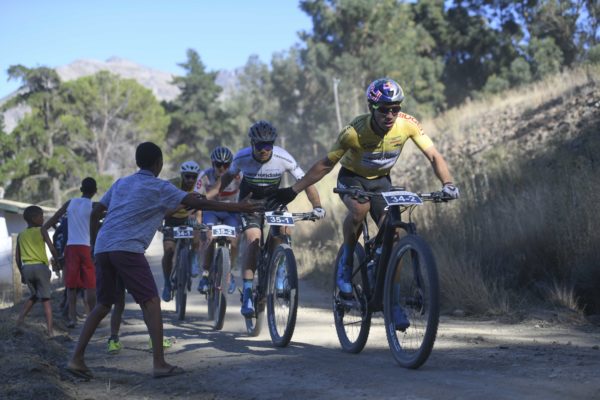 The Cannondale Factory Racing team won three out of four stages to finish with a hard-earned three minute gap on their competitors. The victory comes especially sweet after the 2018 event, where Fumic was forced to abandon the race due to injury.

“Racing comes with a lot of life lessons. We were devastated last year, and I made a promise that I’d keep coming back to this event with Manuel until we eventually won it. Proud to overcome that setback today and get some solid preparation for the season ahead,” said Avancini.

Having thoroughly enjoyed the event’s setup at Kaleo Guest Farm, Fumic added: “The Tankwa Trek is an event we plan to keep on the calendar for a really long time. It’s the perfect mix of intense racing and just a whole lot of fun. I salute the non-professional riders that finished today – we got to hang out with them this week and realised that they’re the real heroes.”

It was Urs Huber and Simon Stiebjahn that crossed the finish line first on the final stage. The Team Bulls riders were the main protagonists for the Tankwa Trek throne, but after an unfortunate wrong turn in the final kilometres of stage three were ultimately forced to settle for fourth overall.

The 2019 overall podium was then rounded out by the ‘backup’ Cannondale Factory Racing team of Maxime Merotte and Cameron Orr, and Denmark’s Simon Andreasson and Jonas Lindberg in third.

At just 19-years old, Orr left a deep impression on the elite men’s field. Honoured to have competed with Merotte, he enthused,“When I was teamed up with a legend like Maxime for this event I was obviously nervous. I’m just glad to not only have proved to him, but also to myself, that I am capable of keeping up with the pace of the top riders in this sport.”

After an exciting turn of events in the women’s field, local fans were elated to see a set of South African hands on the Tankwa Trek trophy.  Sweden’s Jennie Stenerhag and South Africa’s own Mariske Strauss stormed to their second consecutive stage victory and the overall title.

It was a slow start to the event for the Silverback Fairtree pair, who had to play catch up after a testing first half of the event.

“If there was a section of the race that we knew we were going to shine, it was on the Merino Monster. We narrowed the gap on the rest of the field on that climb, and then just kept it together to hold onto that lead on today’s stage,” explained Stenerhag.

A clearly ecstatic Strauss added, “This was the perfect way to lay down a marker for the rest of the season. It’s so good for me individually, and for women’s cycling in general, to have the opportunity to compete against such an elite field.”

The cycling god’s were cruel to Team Summit’s Annie Last and Candice Lill, who were plagued by mechanical issues in the opening stages of the race. The pair fought hard for their second spot overall, however, and their form bodes well for the remainder of the season.

Adding a cherry to the top of an already highly successful event, Momentum and Biogen announced the extension of their contract for another three years.  Tankwa Trek riders will head home with elation as they look forward to the 2020 installment.