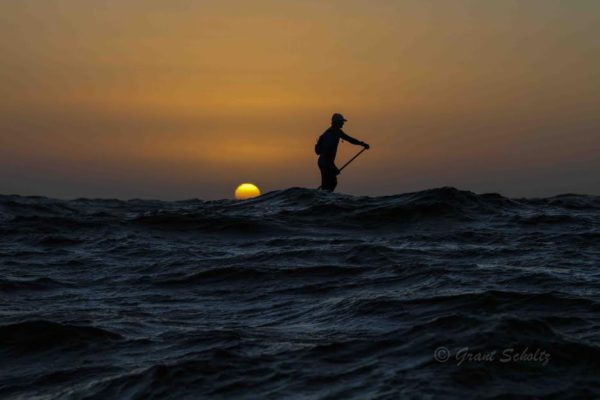 Chris Bertish set to embark on his first ever solo, full length, Transatlantic Sup Crossing in the next few weeks

World-renowned Big Wave Surfer, Guinness SUP World Record Holder, Speaker and adventurer, Chris Bertish will be embarking on his groundbreaking expedition, #theSupCrossing in the next few weeks. The eagerly anticipated expedition will see him attempt the very first solo, SUP transatlantic crossing, unsupported and unassisted, on a custom-made six meter stand up paddle craft, for four straight months all in support of charity.

Dubbed, the greatest solo, open ocean adventure ever attempted, Chris will depart to Morocco on 7 November 2016 to complete the final craft testing and getting acclimatized before he leaves. Starting off on the Northwest coast of Africa in Morocco, he will begin the voyage to the Canary Islands, across the Atlantic Ocean towards the Caribbean Leeward Island of Antigua, before finally ending the journey in Miami, Florida.

After months of strict training and preparation, five years of stringent planning, Chris will use his wealth of experience (over 25 years) to paddle across 7500 km of open ocean, doing the equivalent of a half-marathon a day for over 120 days straight.

Every element of the crossing has been immaculately accounted for with safety being scrutinized. Chris has spent a substantial amount of time co-designing the world first SUP craft which has been specifically designed for this crossing. Nothing like it exists. Chris has taken elements from everything he has learnt through his countless world record attempts and achievement, as well as what he has learnt from his decades of sailing and big wave ocean experience, coupled with elements from the Transatlantic row boat crafts to create something completely different, designed specifically for one goal, one purpose, to cross the Atlantic Ocean.

His main purpose of this crossing is to leave a legacy and by raising funds for: The Lunchbox Fund, Operation Smile and Signature of Hope with the target of raising 20 million and will also be working with and doing research for the Two Oceans Aquarium, the Sports Science Institute of South Africa and the UCT Sports Science Department.

Keep the conversation going with the official hashtag: #theSupCrossing #CarrickWealth

For more details on Chris Bertish visit the following channels: