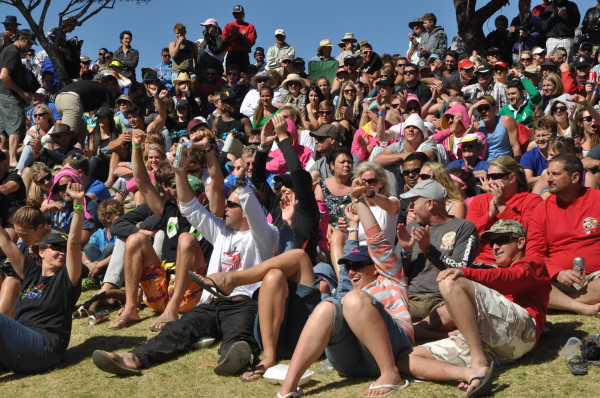 Cradock – As the 2015 Hansa Fish River Canoe Marathon draws nearer and the thousands prepare their pilgrimage to the small Karoo town the locals are licking their lips in anticipation of a R7 million cash injection into the local economy of the town over the few days leading up to and during the race that takes place from 9-10 October.

The race has played a significant role in growing the town as a tourist destination as well as making it accessible during the rest of the year and that is something that Rika Featherstonehaugh, the chairperson of Cradock Middelburg Tourism, attributes to the effects of the Hansa Fish.

“The Hansa Fish River Canoe Marathon has consistently over the years brought in enormous amounts of money into Cradock,” she said. “We have seen how much the town has grown over the years and it can be attributed to the Hansa Fish being the trigger of this growth.

“We estimate that over the few days that people are in town the guest houses around the town take an average of R180 000 per night.”

Featherstonehaugh has made an estimate that every paddler that comes into the town will usually arrive on the Tuesday of the race and will have between one and two people that will support them via seconding etc. which in turn means a boost to the local economy.

“With around three people including the paddler that means that we are looking at, on average, four bed nights per group at R300 per person.

“This including fuel, meals and the like all adds up nicely and with around 1200 paddlers expected this year, which is the average, we tend to head towards a safe estimate of around R7 Million in revenue brought in throughout the week of the Hansa Fish,” she added.

The town of Cradock continues to grow year on year and with the positive revenue as well as positive display that the town puts on over the week of the Hansa Fish it has led to more and more people heading to Cradock for other reasons besides the canoe race.

“Through the influence of the Hansa Fish the town has grown a lot over the years and there has been a lot of investment in the town.

“In the last nine years we have seen the town increase its capacity of guest houses from 18 to 42 at the moment which shows the increase in demand in the town,” a positive Featherstonehaugh explained.

Another great benefactor of the Hansa Fish is the local Cradock Hotel. The hotel attracts a number of guests as well as visitors over the time of the race with its heritage, charm and appeal.

“The Cradock Hotel creates a turnover of around R250 000 during the race with not only the rooms being booked out but the bar in the hotel also attracting a number of patrons during the event.

“The beer sales is a whole different story,” Featherstonehaugh chuckled. “The Rotary Club in Cradock is very much involved in running the bar at the Cradock Sports Grounds and over the years this has been a major factor in terms of revenue for the town.”