Dame Kelly up for Tour of Good Hope challenge 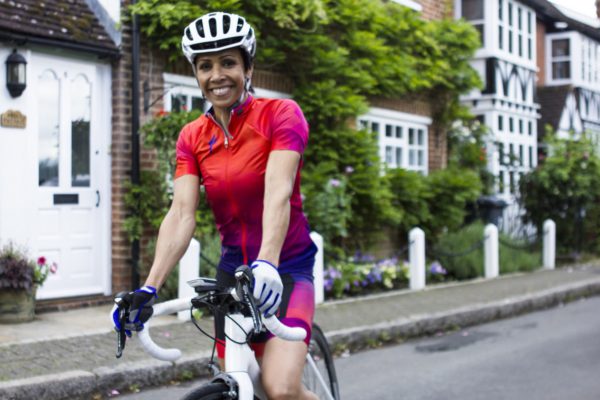 For someone who has conquered a myriad of challenges, British Olympic Games hero Dame Kelly Holmes feels a tremor of trepidation as she looks ahead to the Bestmed Tour of Good Hope cycling race in South Africa next year.

For someone who has conquered a myriad of challenges, British Olympic Games hero Dame Kelly Holmes feels a tremor of trepidation as she looks ahead to the Bestmed Tour of Good Hope cycling race in South Africa next year.

The 46-year-old, who won two gold medals at the Athens Olympics in 2004, described herself as a cycling novice and admitted that she was just a tad nervous for the 515km (320-mile) examination that lay ahead.

Holmes, who lives in Kent in south-east England, will be part of a team of eight British cyclists who will compete in the country’s flagship road tour among the Cape Winelands from March 6 to 10.

The former middle-distance athlete, who has visited SA regularly since 1993 and has a holiday home in Stellenbosch, said she had heard about the Tour of Good Hope through her friend Alexis Barnes, a semi-pro rider.

“She is a very good rider who has taught me a lot about cycling. She helped me at RideLondon-Surrey 46, which was my first outing in a race.”

The event, which begins at Queen Elizabeth Olympic Park in east London, is held in July each year over distances of 100 and 46 miles, with the latter aimed at novices and younger riders.

“I literally know it will be 10 times harder than any cycling I have done before and I will definitely be hoping for some ‘good hope’,” chuckled Holmes.

“But I enjoy a personal challenge and doing something at which I’m not so good makes me all the more determined to do well.”

She decided to concentrate on cycling after running the London Marathon in April. Despite finishing in the impressive time of 3:11, she said she realised her running days were coming to an end.

“Even though running the marathon was a good experience I discovered my body is not conducive to running these days, so I thought I would get on my bike a bit more.”

She said she loved the RideLondon experience and that she “kind of got into it ever since”.

Now her cycling skills will come under much greater scrutiny and she acknowledged she had plenty of training to do.

Her main goal for the Tour of Good Hope, she said, was “that I make it”.

“I have to get my athletics brain on and train really hard for the next four months. I just want to get as good as I can and not let the others down.

“But, equally, I have heard it’s a good ride and there are always people riding with you even if you aren’t having a good day.

“I will just try to get into shape and to be the best rider I can be in the time that I have.”

The British star retired from athletics in 2005 after winning both the 800m and 1 500m races in Athens, the same year in which she received a knighthood.

Since then she has become heavily involved in charity work, setting up the Dame Kelly Holmes Trust to assist children who are disadvantaged.

She will use her trip to the Tour of Good Hope, which is presented by Scicon and the City of Drakenstein, to continue her fundraising efforts, while she also wants to take the chance to raise the profile of the cancer disease, myeloma.

“My mother is suffering from the disease and we want to bring more awareness to those who are battling with it,” said Holmes.

“We want to get the right treatment and the right drugs to the patients, so I want to do more work to raise that awareness.”