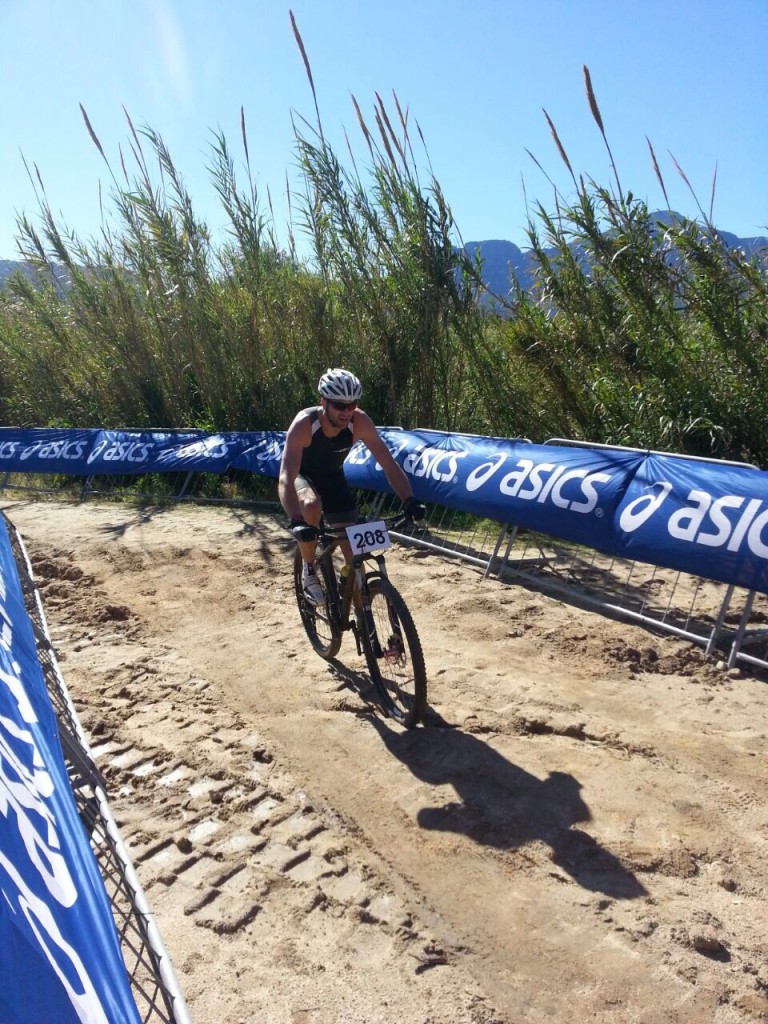 Stellenbosch multisport athlete Matthew Daneel won the Asics Dirty Double in Wellington this past weekend. The Dirty Double consists of a 10km trail run and a 25km mountain bike leg.

Daneel won in 1 hour and 39 minutes. Lieuwe Boonstra and Pieter Calitz were second and third respectively. Conditions were slightly muddy after all the rain during the week, but the sun was shining on the day. It made for perfect off-road conditions.

“When I arrived and saw Boonstra, Rohan Kennedy and Dawid Visser I knew it’s going to be a tough day at the office. With the short distances it was pretty much full gas from the start to the finish,” said Daneel.

Daneel was dropped from the frontrunners soon after the gun had gone, but decided to just run his own pace and not to try and stay with Boonstra and company. Nearing the end of the 10km Daneel managed to close the gap to Boonstra and started the 25km mountain bike section less than a minute behind and in second position. “Lieuwe was about 20 seconds in front of me and then suddenly I could not see him anymore, I made the assumption he had attacked and increased his lead, while in actual fact he had taken a wrong turn and came out behind me. I didn’t realise this until after the finish when I was told I had just won. I raced my heart out to try and catch Lieuwe the entire race, so to cross the line and be told I was the winner was a huge surprise, but a great one at that!”

Daneel added: “I have had a great start to my season so far, with a few new sponsors on board, I can only hope my luck and run of results continues. I am extremely grateful for the support I have received.”

Next for Daneel is the Cellar2Cellar 20km trail run at Blaauwklippen outside Stellenbosch this Saturday.