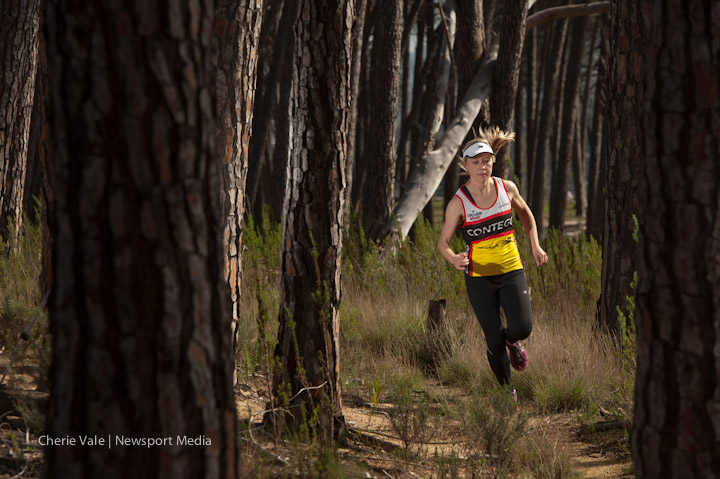 She was not only crowned the South African champion, but she also finished 4th in her age category at the World Championships, which was her first international race ever.

Smith had the goal of being part of the SA team going to the World Championships in the USA. “I knew that it will take a lot of sacrifice, dedication and hours of hard work, but that it will be a dream come true and worth every step,” said Smith recently.

In June Smith participated in the SA Trail Running Championships held at the Outeniqua Traverse in George, 38km of real and raw trail running. During the week leading up to the race, Smith got sick and became less and less confident about her chances of making the team. In the end she did race and she was the leading woman from start to finish. “As the finish line came closer, it dawned on me that I am on the brink of becoming the SA Champ. It seemed far-fetched and surreal. As I crossed the finish line, I felt overwhelmed with emotions. I was ecstatic with my result and relieved that I made it in one piece.”

The team that would represent SA at the World Trail Running Championships included Smith, Lucky Miya, Thabang Maduba, Duncan O’Regan and Sue Don-Wauchope. The race took place in Manitou Springs, Colorado at the Pikes Peak Ascent. This race is characterised by one 21km gruelling uphill where you start at 1900m above sea level and end at 4300m.

“As an athlete training at sea level, this was a daunting thought. We travelled to the USA one week before the race to give us time to acclimatise. Our team manager, Altus Schreuder, planned our stay in Boulder, Colorado. We had a fantastic time in this beautiful town. We then went to Manitou Springs. Every day we looked up onto the mountain that was waiting for us, and every time things got a bit more serious.”

According to Smith she can’t describe the pride she felt when she put on her green and gold tracksuit. The race itself was big struggle…for air. “Close to the finish it became really hard to breathe and my legs were feeling unusually tired. I was determined to finish the race though and went as fast as my body allowed me to. I was ecstatic with my result of 28th overall and 4th in my age group.”

For Smith it was an adventure she will never forget. “There are many people I have helped me to get there and I am extremely thankful to all. I would like to thank my sponsors Contego, New Balance, Nativa and Adidas Eyewear for their wonderful support and giving me the equipment I need to participate in this sport. I would also like to thank my colleagues and the parents of Bridge House School for their support. I would then like to thank you my coach, Jacques van Rensburg, for his expertise and guidance. Most of all I would like to thank God, for giving me the strength and carrying me through every step of this epic journey.”