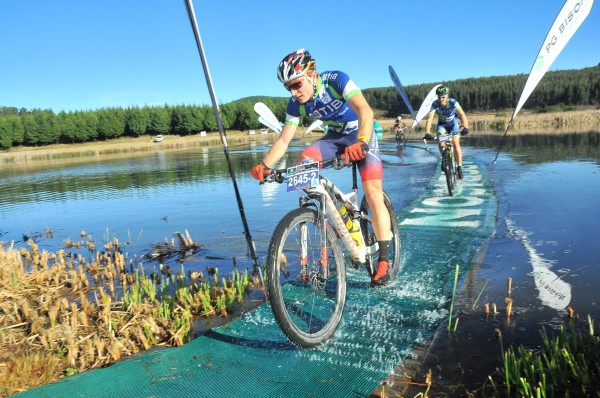 Pietermaritzburg – Saturday sees the third instalment of the ‘Farmer’ Glen Haw’s BSi Steel dusi2c get underway at Camps Drift in Pietermaritzburg with riders from across the country prepared for a two days of picturesque riding through the Valley of a Thousand Hills down to Blue Lagoon in Durban.

Defending champion Andrew Hill will reunite with Nedbank sani2c partner Chris Wolhuter and the two-time dusi2c champion is hopeful that he will be able to bag a hat-trick of wins and retain his stranglehold on the top step of the podium.

The pair raced to sixth place overall at the sani2c earlier this year so pairing up is not something that is foreign to them and with victories in both previous editions of the race, Hill has a great understanding of the trails which should prove to be a benefit to the Team TIB combination.

In what has proven to be a relatively thin elite field, the pair will go into the race as overwhelming favourites with a few other dark horse pairs hoping to take advantage of any mishaps the favourites may incur.

An eleventh hour entry from 2014 tie-third place finishers Warren Price and Trevor Rowe undoubtedly sees the pair aiming to go one or even two better than they did in 2014. A combined knowledge of the course will stand the Team Safire Insurance pair in good stead going into the two-day adventure. 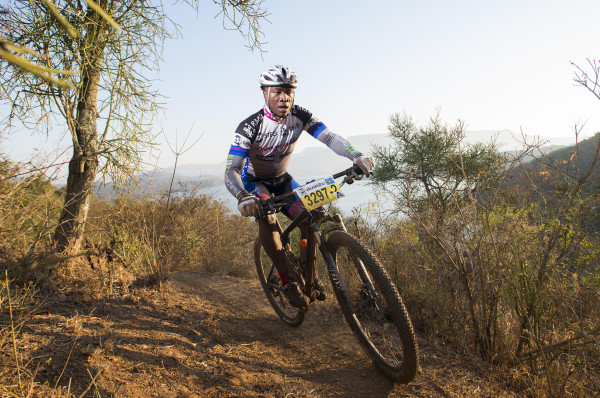 Having ended in a tie for third place overall in 2014 RMB Change a Life Academy’s Ndumiso Dontso will be back for the 2015 edition of the BSi Steel dusi2c however this year he will take on the two-day challenge with Sipho Kupiso when they begin on Saturday. – Anthony Grote/
Gameplan Media

Another bunch of podium hopefuls come in the form of the RMB Change a Life MTB Academy pairs. The men, many of whom were born and raised in the Valley of a Thousand Hills, understand the trails better than most.

John Ntuli and Ndumiso Dontso’s tie third place effort with Price and Fisher in 2014 will give the latter good confidence ahead of this weekend’s clash as he returns with new partner Sipho Kupiso to challenge for higher honours.

Martin Dreyer’s RMB Change a Life MTB Academy will have three teams riding in this year’s race and a number of them have been in reasonable form in recent weeks which, together with their local knowledge as well as the local support, should stand the men from the valley in good stead as they look to see themselves in the mix when they cross the line at Blue Lagoon on Saturday.

The race within the race, however, is most likely to come from the mixed category with a number of strong teams entering the dusi2c this year in this division.

There may not be an out-and-out favourite for the mixed category title but defending mixed category winner Eugene Botha is back once more, this year with Samantha Sanders, with both having been in solid form recently.

Other challengers for the crown are the boyfriend and girlfriend pair of Bianca Haw and Andrew Houston. The two have not ridden together in a competitive race before but have spent a lot of time training together.

With Haw’s professional mountain biking background along with the elite paddling and adventure racing prowess of Houston, the youngsters will be a tough nut to crack over the two days of riding.

The third and final pair to be watched in the mixed team category is the husband and wife duo of Jeannie and Martin Dreyer. The couple rode to an impressive second place in the mixed category at the Nedbank sani2c earlier this year and are looking in good form ahead of this weekend’s assignment, despite the ‘Dusi Duke’ Martin playing down their expectations going into the race.

The BSi Change a Life crew will be led by Jeannie who recently added another Quattro ROAG Series win to her two previous wins at the Safire Baynesfield MTB Classic, proving the marathon mountain biking star is in fine fettle ahead of her Dusi Valley experience.