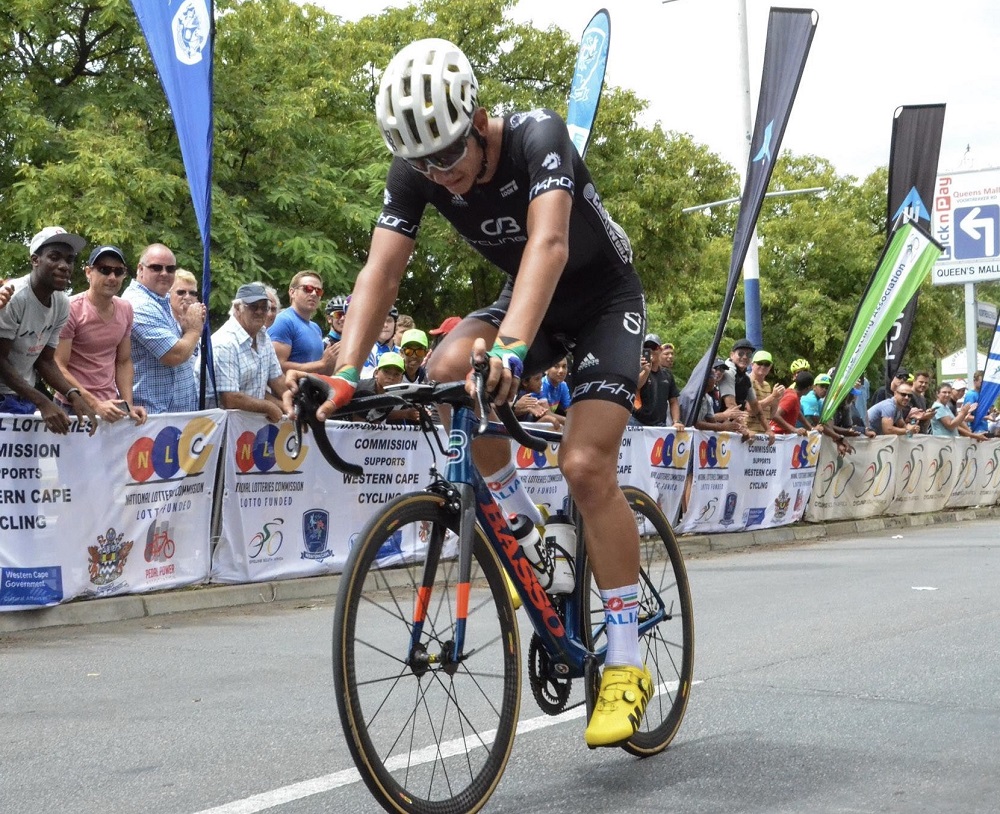 National U23 road champion Jason Oosthuizen will be aiming to confirm his potential when he competes in the Bestmed Berge en Dale road race at Muldersdrift on the West Rand in Gauteng on Saturday. Photo: Into Cycling

Fresh from an impressive performance in the South African Road Championships, teenager Jason Oosthuizen has a chance to confirm his credentials in the Bestmed Berge en Dale road race on Saturday.

The 18-year-old Barzani Pro Cycling member underlined his talent when he won the national U23 title in Oudtshoorn earlier this month, while coming third overall in the elite category.

Now he faces another challenge in a race which takes place near his own backyard of Krugersdorp in Gauteng.

Presented by Optimum Financial Services, the Berge en Dale starts at the Cradlestone Mall in Muldersdrift on the West Rand, with the feature race being contested over 103km.

Careful not to look too far ahead, Oosthuizen said he would start the race with the mindset of setting out to achieve the best possible result, but was also fully aware of the team’s priorities.

“I am a proud member of the Barzani Pro Cycling team and I just want to be as beneficial to my team as possible,” he said.

“Whether that means racing for a personal result or lending a hand to my teammates, I am ready to give it my best shot.”

Oosthuizen, who will be competing in the Tour of Taiwan next month, has significant knowledge of the route awaiting them on Saturday.

“I have done the race twice before, as an open category rider and as a first-year junior in 2016.

“I know the start of the race will be hard. Once you are over the climb, it can get windy and it has a tough finish.”

The young rider added that he was pleased with his performance in the SA champs, but that it had also created a level of expectation.

“It was a big build-up to the nationals and achieving something that you have worked for is always a boost for your confidence,” he said.

“But it also means that you have to keep your game on point to keep succeeding.”

In his first year in the U23 category he said he was focused on achieving good results, but he also wanted to enjoy the journey.

“I don’t want to put any unnecessary pressure on myself, but I still need to work hard for the future.”

Oosthuizen said his passion for cycling started at the age of 13 when he looked up to his father as his role model.

“As a young boy I was competitive and this was sparked after my first race as an U16 rider at the Gauteng Championships in 2015.

“I soon saw that the more work and effort I put in, the better the results I could achieve.”

In the long term Oosthuizen said he would love to start the prologue of the Tour de France and race against the best in the world.

For the moment, though, his attention is on the Berge en Dale.

“It is going to be a hard contest,” he said. “For example, I think Reynard Butler is in great form after his recent win at the Ride for Sight [in Boksburg last weekend].”