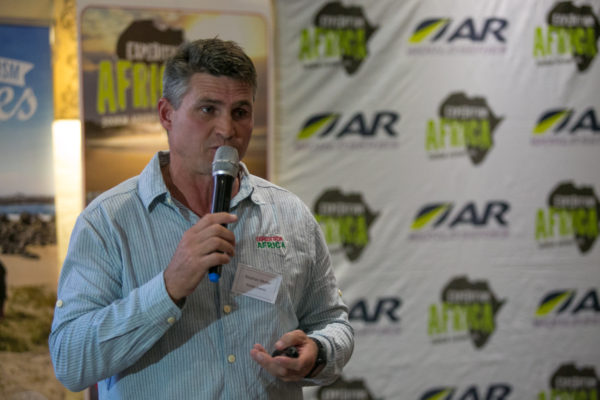 Expedition Africa, a 500km non-stop adventure race over 7 days, was officially launched on 6 October 2016 in Cape St Francis by the organisers and sponsors. This ultra adventure race will kick off on 14 May 2017 and end with the prize giving ceremony at the host venue, the Cape St Francis Resort on 21 May. The route is to be kept a secret until race day.

Adventure racing power duo and organisers Stephan and Heidi Muller from Kinetic Events said they are very excited that their 7th consecutive race will include true wilderness areas like the Baviaans and the untouched beauty of the Kouga region. The event is part of the World Series Adventure Race and teams from all over the world will descend onto the Adventure Province to participate in this multi-disciplined race.

Teams of four will paddle, cycle, and trek (hike) between checkpoints and rope work and abseiling are not excluded from the unknown route. They will have to navigate over unknown territory with only map and compass to their assistance.

Members of the Kouga and Baviaans community gathered at the Cape St Francis Resort and were impressed by the magnitude of adventure racing such as Expedition Africa. Thandubuhle Mgudlwa, Destination Manager of the Sarah Baartman District Munucipality spoke on behalf of the sponsors while Fasie Malherbe from the accommodation sponsor, the Cape St Francis Resort said welcomed the event to the area.