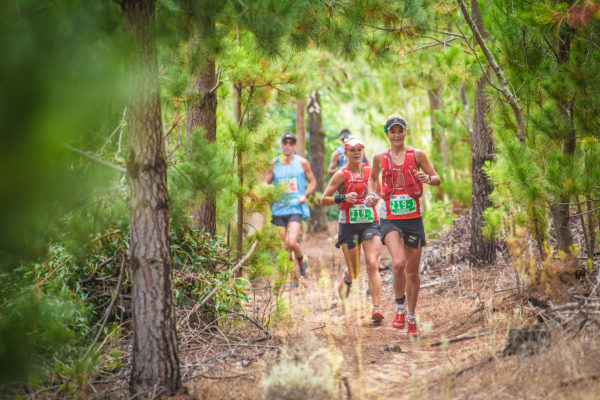 Two of South Africa’s leading trail runners, Landie Greyling and Megan Mackenzie will be seen teaming up the weekend of 17 – 19 March 2017 to defend their title at the 9th annual Cell C AfricanX Trailrun presented by ASICS.

In 2016 Greyling and Mackenzie obliterated all three stages, securing the overall victory in an impressive combined time of 08 hours 28 minutes 47 seconds.

“The AfricanX allows us to do what we love for three days in a row,” says Greyling. “The event brings together a large part of the trail running community. I am really excited about the new routes. There seems to be plenty of new single tracks and challenging climbs. Coming back as the defending champions definitely adds some pressure. It would actually have been awesome if we were the dark horses. Our strength is team work, a positive attitude and our smiles. Our goal will be to have as much fun as we can. Successfully defending our title will be a bonus.”

“Trail running is finally getting where we wanted it to be – competitive and fast,” says Mackenzie. “External pressure is all in the mind. Every single lady racing is as strong as the next. I know that every runner will be stoked for anyone who comes out on top. With regard to team strategy, Landie and I will suss out the situation as we go along. Together we’ve been through all the ups and downs of stage racing. We tend to make plans as we go.”

The 2017 Cell C AfricanX Trailrun presented by ASICS has attracted a stellar field of women’s teams. Other top trail runners that will be vying for the top step on the podium will include Ashleigh Simonis with Tish Jones, Leilani Scheffer with Carla Van Huyssteen, Claire Horner with Keelyn Van Breda, Yolande Maclean with Ann Ashworth and Chantel Nienaber with Katya Soggot.

According to Scheffer, although the women’s field is extremely competitive with obvious favourites, no one can be ruled out. “The distance over the three days makes the route extremely difficult with plenty of up-hills just tempting defeat. Carla and I will have a conservative approach to Stage One. Our goal will be to enjoy every stride and learn from each other. If you do what you love and do it to the best of your ability, whatever the outcome it will be satisfactory.”

According to Horner, a podium finish would be amazing. “Both Keelyn and I come from a road running background. Stage racing is completely new to us, so we’ll have to take each day as it comes. Keelyn is super quick. We run well together. I know she’ll push me. We’ll take it relatively easy on the first two stages to see where we are lying in the field.”

‘Sanet Wentzel Spirit Award’: Introduced in 2010, one year after the AfricanX’s inception, the award was founded in memory of Sanet Wentzel (Oudtshoorn), an AfricanX participant who passed away tragically at the end of 2009 after being

knocked down by a car during a morning training run. The award also honours current runners who persevere irrespective of the adversity that they face.

Trail runners taking part in the 2017 Cell C AfricanX Trailrun presented by ASICS are encouraged to send their ‘Sanet Wentzel Spirit Award’ nominations (with a short motivation) to dom@stillwatersports.com

Entries are LIMITED to 350 teams.