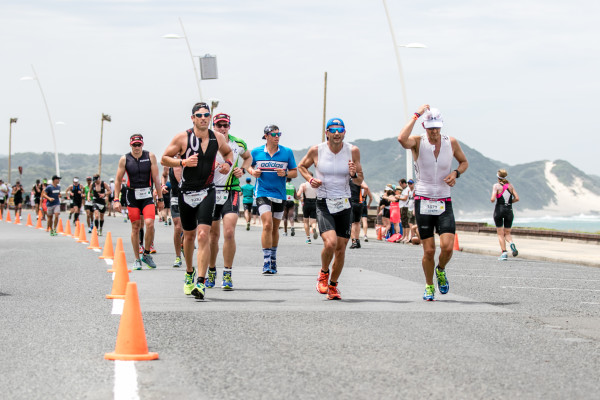 High5 Sports Nutrition has confirmed its commitment to promoting endurance sports in South Africa with the announcement of two new sponsorship agreements.

The brand has signed a three-year deal as official on-course nutrition partner for all IRONMAN events in South Africa and will also supply the nutritional needs of the Kargo Pro mountain biking team.

High5 brand manager Gareth Taylor said the new sponsorships followed on the back of a successful season supporting Africa’s only Pro-Continental cycling team, MTN-Qhubeka, who made their Tour de France debut this year.

Taylor said the brand was ecstatic to be partnering with some of the country’s top sportsmen and women, which included multiple South African downhill mountain biking champion Tiaan Odendaal among their recent additions.

“We have a great track record with athletes who have used our products, including the likes of MTN-Qhubeka, who have achieved amazing results this year.

“Our big events include the Bestmed Tour of Good Hope and Jock Tour and Lesotho Sky mountain bike stage race. We have also been involved in around 10 other races over the last few months.”

Taylor said sponsorships such as these gave High5 the required visibility among elite athletes and the general public.

“Having South Africa’s only UCI-registered road and mountain biking teams fuelled by High5, as well as athletes competing in all IRONMAN events, is proof that we are one of the most trusted and proven nutrition brands available on the market today.”

He said the IRONMAN events, which include the African Championship in Nelson Mandela Bay and IRONMAN 70.3 races in Buffalo City and Durban, were the ultimate test for the human body.

“Many of your top athletes say that nutrition is the fourth discipline in an IRONMAN event, so we want to make that one as easy as possible for participants.”

With cycling and other endurance sports often the subject of performance-enhancing drug controversies, Taylor said High5 prided itself on its spotless certification record with the World Anti-Doping Agency.

“No High5 product has ever tested positive for a WADA banned substance, this includes random batch testing at the factory and in competition.”

The products are manufactured in the United Kingdom under strict regulations, are vegan-friendly and contain no artificial colourants, flavours or preservatives.

Taylor said High5 was a company run by athletes for other athletes, with ongoing product testing and development to ensure that they were at the forefront of providing optimal sporting nutrition.

ASG Sport Solutions is the sole distributor of High5 products in Southern Africa.