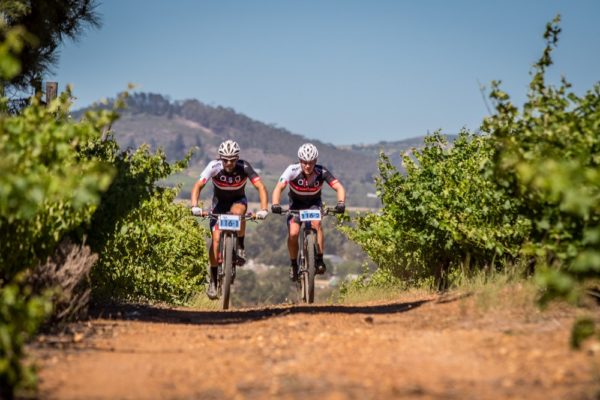 Sanlam MTB Invitational organisers ASG Events have introduced a number of interesting changes to the opening stage of the two-day race which takes place from Rhebokskloof Wine Estate near Paarl next weekend. Photo: Warren Elsom/Capcha Photography

Eager to showcase the variety on offer in the Sanlam MTB Invitational, organisers ASG Events are preparing to unveil a number of changes to the route for next week’s event.

The annual race in the Western Cape takes place from Rhebokskloof Wine Estate near Paarl on November 18 and 19, with stages of 60km on the Saturday and 40km on the Sunday.

With the race having grown from strength to strength, ASG operations manager Darren Herbst said a major part of their planning was to improve the trails and overall offering each year.

Emphasising their philosophy that “the route is king”, he added that they took on board the feedback they received each year to try to consistently improve the experience.

“For this year we have really worked hard on a couple of new elements and we are excited to announce that competitors can look forward to a number of amazing additions,” he said.

With Paarl Mountain still the key feature of the stage, Herbst said much of their focus had been on reviewing the opening day’s route.

“In the biggest change of our planning, we decided to take the trail clockwise around the mountain this year. This decision not only provides some change, it also gives the route an entirely new look.

“A lot of the climbing is now done in the first half of the stage and it has given us the opportunity to showcase a number of new features along the route.”

Herbst said they had been working in close association with Hero Adventures, which enabled them to implement several new trails and sections to be ridden for the first time this year.

“A total of 25 per cent of the route is single-track, most of it new. Without giving away too much, we believe it offers some of the biggest variety anywhere in the Western Cape.

“The balance of the trail combines jeep track, foot paths and gravel roads.”

He added that none of their work would have been possible without “the amazing support” of bodies such as the Drakenstein Municipality, Cape Nature, Paarl Mountain Reserve and more than 50 landowners.

“At no other time will you be able to cycle this route, so it is really something special.”

As the cyclists experience something new on the bike, Herbst added that they would not ignore the support structures in place for events of this nature.

“The nice-to-haves are always a big focus for us and we have taken the waterpoints on the route up another notch,” he said.

“Thanks to the support of Sanlam, Rhebokskloof, SPAR Wellington and CBC Brewery, competitors can look forward to awesome snacks and even a surprise or two along the way.

“The five-star tented village will be filled with treats and those staying over can look forward to bonfires, great music and two wonderful nights under the stars.”

Go to www.sanlammtbinvitational.co.za for more information.