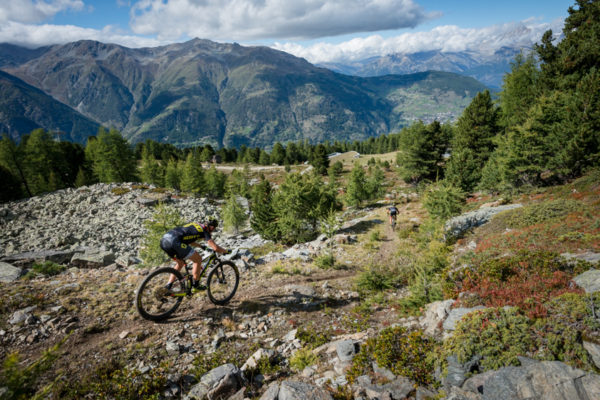 Staged annually since 2014 in Valais in the picturesque Swiss Alps, the PERSKINDOL SWISS EPIC has quickly gained a cult following as Europe’s premier mountain bike event, drawing more than 500 professional and amateur riders from 30 nations. Participants compete in teams of two over a span of six days, featuring one prologue of 20 kilometers and five stages totaling 350 kilometers and 12,000 meters of climbing.

“We are thrilled to announce this new acquisition to grow our global mountain bike race portfolio. The PERSKINDOL SWISS EPIC is already well-known among mountain bike enthusiasts. We are looking forward to building the highest quality and most popular mountain bike event in the Alps,” said Hans-Peter Zurbruegg, Managing Director of IRONMAN Europe, Middle East and Africa.

Through the acquisition, the 2018 PERSKINDOL SWISS EPIC will become the second global qualifier for the ABSA CAPE EPIC mountain-bike stage race, which was acquired by IRONMAN in 2016 and is annually held in the Western Cape, South Africa. The Pioneer race in New Zealand, also owned by IRONMAN, serves as the other qualification event. Widely considered the world’s most prestigious mountain bike stage race, the ABSA CAPE EPIC welcomes more than 1,300 athletes who compete in one prologue and seven stages for a total distance of more than 700 kilometers. Incidentally, more Swiss riders have won the ABSA CAPE EPIC than from any other nation, including current champions Nino Schurter and Matthias Stirnemann.

“Together with my co-founders Daniel Gehrig and Thomas Frischknecht, I am extremely proud about what the PERSKINDOL SWISS EPIC has become since 2014. What started as a small idea has been turned into a major mountain bike event that will now become part of a world series. We feel humbled and honored,” said PERSKINDOL SWISS EPIC founder Joko Vogel.

“Switzerland is the home of European mountain biking and is currently the dominant force in professional racing,” added ABSA CAPE EPIC founder Kevin Vermaak, who is currently developing a world series of mountain bike races on behalf of IRONMAN. “The PERSKINDOL SWISS EPIC is staged in the heart of the Alps and traverses several of the iconic mountains in the region. The finish of the PERSKINDOL SWISS EPIC is directly in front of the world-famous Matterhorn.”