Isuzu MTB Festival Cape Town kicks off with a bang 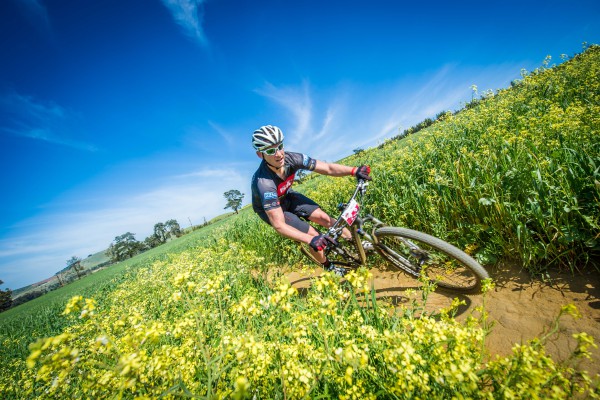 Riders in action during the ISUZU 3km Team Relay that formed part of Day One of the ISUZU MTB Festival Cape Town at the Meerendal Wine Estate (Durbanville) on Saturday, 05 September 2015. Photo Credit: Volume Photography

The 3km Team Relay was a true crowd pleaser. Although Bradley Weiss, Stuart Marais and Pieter Malan of Team Fedhealth XTERRA took the lead from the start, they nearly had to settle for the second step on the podium if it wasn’t for Malan’s super strong sprint to the finish. “I wasn’t too nervous about teaming up with XTERRA athletes Stuart and Bradley as today’s event didn’t feature a swim,” laughed Malan. ““I broke my bicycle chain literally two minutes before the start and ended up riding my girlfriend’s bike that is way too small for me. The team relay was great fun. I’ve also just entered the 60km Fedhealth MTB Challenge. So I will be back tomorrow.” Team Fedhealth XTERRA completed the team relay in 26 minutes 31 seconds. Team Podium Pedal Pushers came in second, while Team William Simpson finished third.

Tanya Rabie, Robyn Williams and Lara Woolley of Team Mud and Mascara claimed gold in the women’s 3km Team Relay in a deserving time of 44 minutes 28 seconds. “I had so much fun,” says Williams. “The course was very nice. You were either going up or riding single track. It was so much fun being part of a team for a change. It adds a new dimension as you’re not just racing for yourself. I’ll definitely recommend the team relay to women mountain bikers as the route is more than manageable.”

The ISUZU MTB Festival has captured the attention of a number of South Africa’s leading sports men and women. On Sunday, National Women’s Marathon Champion Robyn De Groot, Erik Kleinhans and Nico Pfitzenmaier will be seen toeing the line at the much anticipated 60km Fedhealth MTB Challenge.

ROAD CLOSURES: Please note on Sunday, 06 September 2015 between 08:00 and 13:00 there will be intermittent road closures on the Vissershok Road (M48) between Meerendal and Malanshoogte Road. This will not be a permanent closure, merely a stop and go.
Like our Facebook page: Fedhealth Medical Aid / Isuzu South Africa / Stillwater MTB Events
Follow us on Twitter: @FedhealthMTB / @Fedhealthmed / @IsuzuSA / @MTBFEST / @StillwaterMTB_Events
For more information on the ISUZU MTB Festival Cape Town contact Stillwater Sports on 082 991 0045, email entries@stillwatersports.com or visit www.stillwatersports.com.