It’s never too late to train 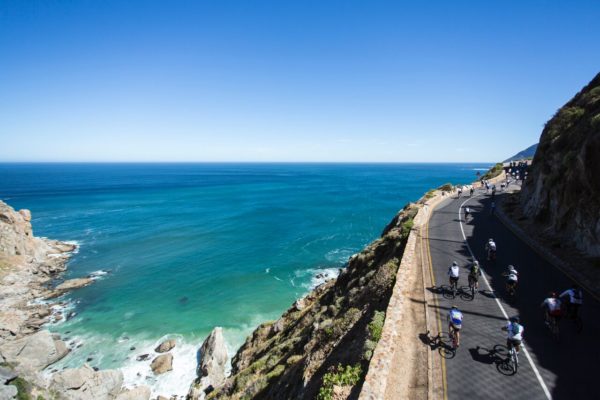 The 2018 Cape Town Cycle Tour is less than four weeks away! For all those who are panicking about not having time to train yet, we have a three week breakdown on how to get prepared for Race Day on Sunday, 11 March 2018.

The 2018 Cape Town Cycle Tour is less than four weeks away. Doesn’t it feel like just yesterday you still had time to train for it?

The good news is that there is still plenty of time for improvement before the big day. Realistically, at this point you are probably not going to improve much in the general fitness and endurance areas (unless reading this reminds you to dust off the bike from last year’s event, which actually means you haven’t ridden for two years!), but that is not the end of the world. Actually, trying to cram long-distance training in now will do more harm than good. Rather focus on learning to ride a bit quicker, and fine-tuning your skills for on the day.

Let’s break it down into three blocks:

Aim for five rides for each of these weeks, the longest of which is about three-quarters of the time you expect to ride the Cycle Tour in. So, if you are a five-hour warrior, four hours in the saddle is the goal. Stop halfway for a coffee and a croissant – pace and distance are not important, it is just about getting time in the saddle. Try to find a group to ride with, so you can practice your slipstreaming skills and get comfortable with riders around you. The long ride on Sunday 25 February will be your last big one.

The other four rides don’t need to be more than an hour. And three will do, if you can’t find the time.

Turn two of them into mini races, choosing a hilly route if you can, and try for an average speed that matches your target time in the Cycle Tour. This is harder than it sounds, even over a short time, because you won’t have the draft from riding in a bunch, or the adrenaline of the day, but it will teach your body to perform at the level you require. Aim to get home exhausted, after just one hour, and then rehydrate and have some protein to rebuild.

The other two (or one for the time-pressed) are to keep the legs rolling – what the professional riders call active recovery. Ride really slowly – under 100 heart rate, if you are Garmin-ed up – 30-60 minutes. Resist temptation, just soft-pedal and smell the flowers. These low-impact sessions allow the body to recycle and repair the muscle fibres damaged in the hard sessions far better than resting completely.

Five rides is still the goal – keep your body used to riding – but now we start tapering the efforts so that we are rested for the Tour itself. The biggest mistake riders make is training too hard in the last two weeks, in a panic, and getting to the start line fatigued. It is too late, a fortnight before. Rather cut your losses and be rested enough to use every scrap of fitness you have accumulated.

Make three of the four short rides recovery rides – throw in four or five sub-30-second sprints in a low gear on the flat, with your legs spinning like mad, just to keep things interesting. You should get home thinking you could have done more. This is important – you want the body to stay active, but not break down the way it would in harder training. The fourth ride – either on the Tuesday or the Wednesday – can be a full race-pace affair, your last chance to impress yourself before you wind down fully.

Sunday’s ride should be two hours or so, with a few hills. Don’t ride flat-out, and don’t try to claim any Strava KOMs, even if the wind is just right. Focus on bunch riding, feeding on the bike without wobbling, and checking everything is ship-shape mechanically.

Three rides of 30-60 minutes – Tuesday, Thursday and Saturday – is all you need to sharpen your fitness perfectly. All three should be at a gentle pace – if you can’t talk, you are going too hard – with half a dozen flat 30-second sprints. Many riders rest totally the day before a big event, but research is telling us that a short ride with some brief high-intensity efforts works far better.

OK, so that should read four rides with race day on Sunday 11 March.

Sunday morning’s Hoopla is less than four weeks away, but all is not lost. Get on your bike and start your training today!