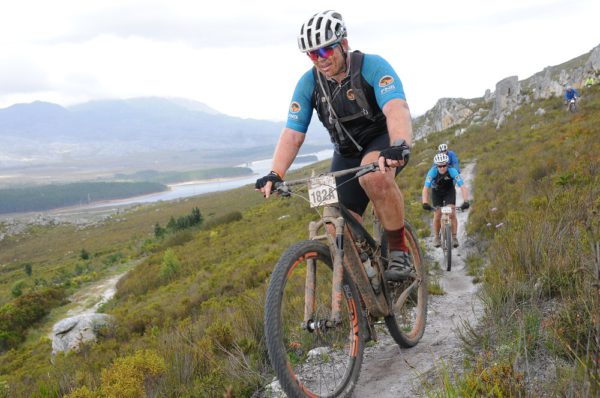 Former Springbok hooker John Smit, accustomed to tough sporting challenges, faces an examination of another kind when he competes in the TransCape mountain bike race for the first time next year.

One of South Africa’s most celebrated sportsmen, Smit captained the Springboks to a number of memorable rugby triumphs, not least of which was winning the World Cup in France in 2007.

Having retired from rugby in 2013, the 39-year-old has thrown himself into mountain biking and is excited about experiencing the seven-day, 614km journey from Knysna to Franschhoek in the Western Cape from February 4.

Smit said he had known about the TransCape, driven by Volvo, for some time but have never managed to enter.

“So this is a great opportunity to finally participate. I don’t have too much detail on the race, but any event longer than the usual three days will no doubt require some training.”

No stranger to the requirements of having to perform at the highest level, Smit, who lives in Durban North, said he began seriously concentrating on the bike after retiring in 2013.

“It has been a great tool in transitioning out of the game and into real life,” he said. “Training has been a part of my life since I was a young boy so this sport suits me perfectly.”

He added that he had experienced many similarities to the challenges he faced during his rugby career.

“The discipline of training and eating is important, as well as balancing those factors with your working life.

“The other similarity is the adrenalin factor that both sports hold with a risk versus reward system in place for how ambitious you want to be.”

As a powerhouse front row forward, Smit took on and matched the best in the world during his rugby career. In cycling, he is finding that his strong build brings other challenges.

“For me, at 116kg, every climb is a challenge but the more you train, and the less you eat, the easier they become,” he joked. “The other factor for this ginger is heat – when it gets hot, my radiator takes strain.”

Smit, who will be riding with his long-time partner and friend Shane Chorley, said he had a fair amount of experience in mountain bike events, having competed in the Wines2Whales and the Cape Epic in recent years.

He said he loved the vibe which existed at the race villages and was looking forward to that aspect of the TransCape, which was acquired by ASG Events last year.

“The camaraderie among the riders and the usual faces you see at these races, who have now become friends, are always the highlights. The treats are the downhills and single-track, of course.”

Smit said his competitive instincts always kicked in on the bike but he couldn’t match some of his rugby colleagues.

“As competitive as I am, I’m not in the league of Joel Stransky and certainly not that of (former Sharks centre) Jeremy Thomson, who podiums pretty much every weekend.”

After retiring from rugby, Smit was the chief executive of the Sharks Rugby Union for three years, but is now involved in a new project.

“It’s a club for all the players who have played 100 tests or more for their country and our purpose will be to grow the game of rugby and to give back to the sport that gave us so much.”

Go to www.transcapemtb.co.za to enter or for more information.