La Vuelta a Espana #20: Jaco Venter goes on the attack 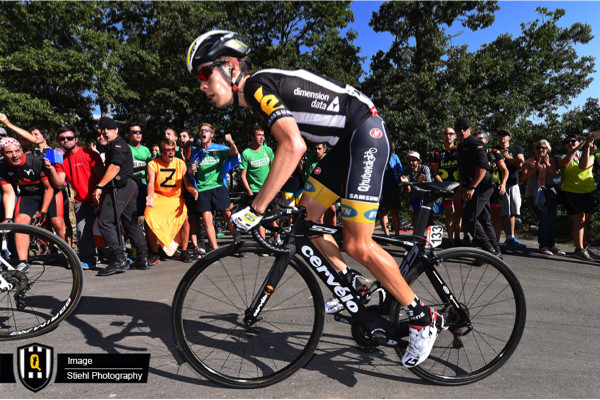 Meintjes on top of his game in 10th overall

The 20th stage of the Vuelta a Espana would be won by Ruben Plaza (Lampre-Merida) after a 110km solo breakaway. Jose Goncalves (Caja-Rural) was 2nd and Alessandro De Marchi (BMC Racing) was 3rd.

The stage saw a big breakaway of 38 riders go clear on the slopes of the first climb of the day. MTN-Qhubeka p/b Samsung had Jaco Venter represented in the move while also in the group was David Arroyo (Caja-Rural). The Spaniard was around 7 minutes behind our Louis Meintjes and so we had to keep the break in check. This promoted Plaza to attack the leaders with 110km to go, a brave move that proved successful.

The race behind though was thrilling to say the least as Fabio Aru (Astana) went all in to win the Vuelta overall, attacking race leader Tom Dumoulin (Giant-Alpecin) on the penultimate climb. This put all the GC contenders on high alert as Dumoulin was put in real trouble for the first time. Louis only needed to be concerned with the riders nearest to him on GC and so he followed the wheel of the 11th placed Domenico Pozzovivo (AG2R La Mondiale).

Aru managed to open up a substantial gap on Dumoulin who indecently was in Louis group. There was nothing Dumoulin could do as Aru had teammates drop back from the big early break to help the Italian ride into the leaders jersey. 13 of the original breakaway riders managed to stay clear of the GC contenders but Louis 36th place on the stage means he is poised to finish 10th overall in Madrid tomorrow.

Jens Zemke – Head of Performance
After 3 weeks a very tough Vuelta comes to an end with only the final stage in Madrid left. It’s very seldom that the GC contenders are so close to one another at this point of a grand tour, so it made today very interesting and fascinating to watch. From our side we were part of the big break with Jaco in the initial move of 11 riders that was later joined by another big breakaway group. Unfortunately a Caja-Rural rider who was only 7 minutes behind Louis was in this move so we had to keep the break under control from the peloton. We had to pace for about 40km before the real action started and Louis was on top of his game and made sure he didn’t lose anytime to his closest adversaries. He stays 10th on the GC which is an incredible result for our team.