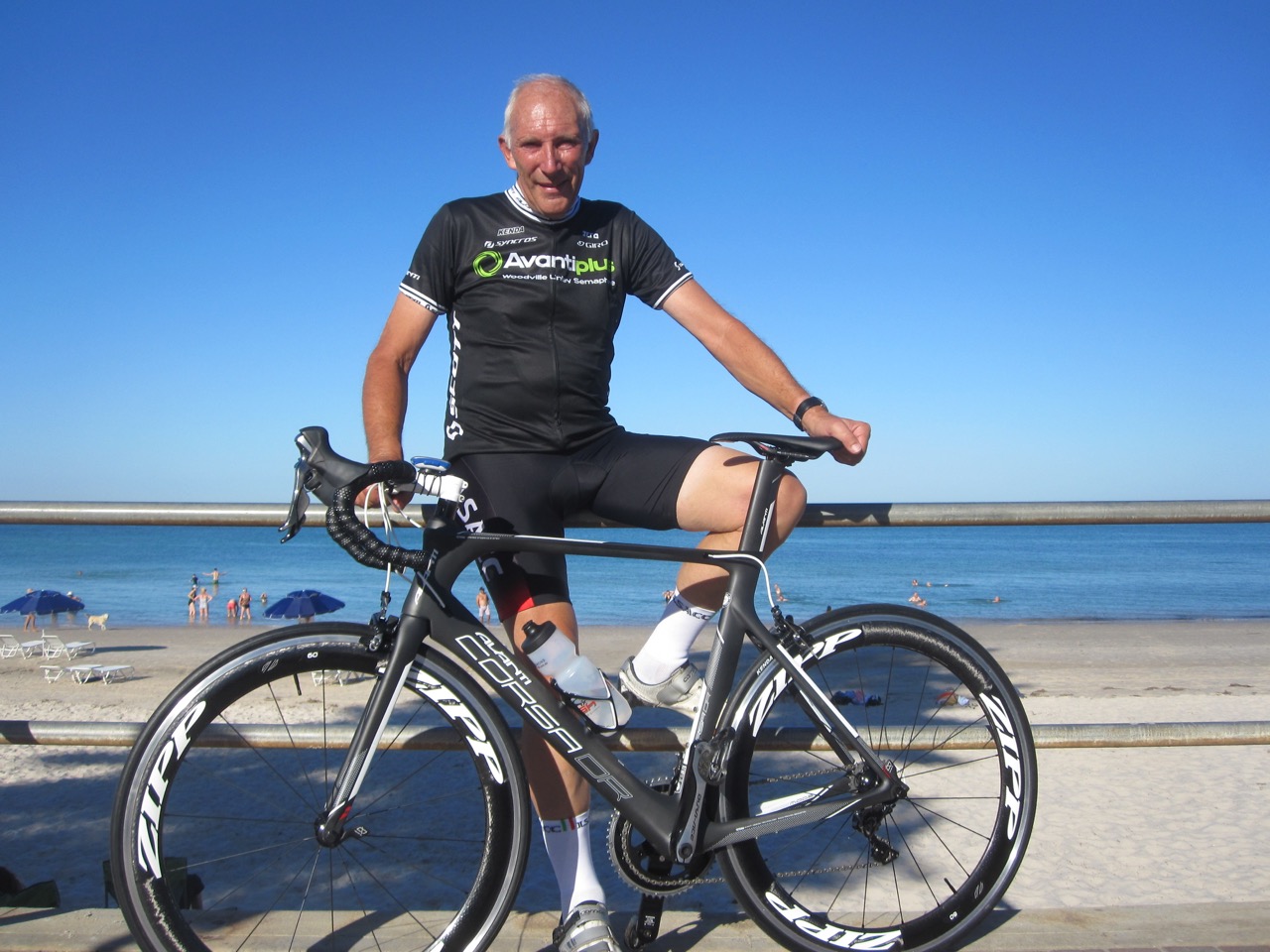 Legendary commentator Phil Liggett will be honoured with the Bestmed Phil Liggett Tribute Ride from Pretoria to Hoedspruit this week. Photo: Supplied

Staunch South African cycling sponsors Bestmed will honour one of the sport’s legendary figures when the Bestmed Phil Liggett Tribute Ride takes place from November 24 to 26.

The Tribute Ride will see a group of 15 cyclists ride 160km a day from Pretoria to Hoedspruit, where the British television commentator, known as the Voice of Cycling, has a country lodge.

ASG Events chief executive Wynand de Villiers said the ride had been initiated by Bestmed marketing and sales chief Chris Luyt after a discussion they had in July.

“Chris is a big fan of Phil and he was keen to do something to acknowledge him so this ride has been put together.”

Besides representatives from a few companies, members of the ASG-Bestmed women’s and veterans’ teams will join the ride.

A former amateur cyclist, Liggett, now 73, was offered a contract to turn professional in 1967. Instead, he decided his future lay in journalism and he has forged a career which has seen him become the world’s premier cycling commentator.

Reacting to Bestmed’s idea to pay tribute to him, Liggett, who has strong connections with South Africa, said it was a “bit of a shock really, but an honour indeed”.

Normally an enthusiastic cyclist who annually clocks up more than 3 000km in the saddle, Liggett said he had not been as active this year.

“I have to be honest that in this Olympic year travel has dominated over my cycling.

“I’m way behind my usual kilometres so I will ride this week, but I suspect not a lot. The will is there, but the training is not! I will do what I can.”

Like the swallows, Liggett said he always arrived in South Africa at the end of the European season to spend the summer at his lodge in Hoedspruit.

His love affair with the country, he said, started in 1990 when he was invited to attend the Cape Town Cycle Tour.

“I fell in love with Africa then and lived in Gordon’s Bay for more than 10 years.

“I always wanted to buy land for the animals to enjoy and that prompted the lodge in the Lowveld where we are the visitors to their world.”

A keen supporter of South African cycling, Liggett said he was humbled to be recognised in this way.

“Bestmed have been tremendous backers of the sport in this country and I have had a great pleasure, as a TV commentator, to talk about this progress.

“The company should give itself a big pat on the back for helping cycling progress so far in South Africa. I like to think we are very good for each other.”

“In the current climate where South Africa is developing their own star riders, they should aim to emulate them. Succeed or not at becoming a top pro is only part of the scenario.

“Along the way, you will have matured into a great person and enjoyed a wealth of experience to help you enjoy the rest of your life.”

He said it had been a privilege to witness the growth of cycling in the country.

“The evolution of a World Tour team in Dimension Data, plus a big growth in mountain biking and women’s racing, have all put the sport here on the international map.

“I have had the pleasure of commentating on most of the big events and always feel an inner satisfaction when a South African rider enjoys success.”

Liggett said he was called the Voice of Cycling by an Australian reporter in New Zealand in 1990.

“It went around the world like wildfire and stuck. It is a more than flattering reference.”

His many fans will be happy to hear he has no plans to retire soon.

“You can’t hold off old age forever, but as long as I bring enjoyment to my viewers, I will hang in. American television have asked me to work for at least five more years, but that might be a bit ambitious!”