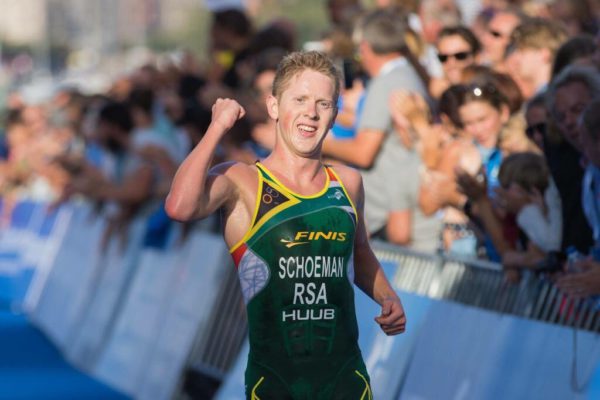 After a few years of finishing as a runner up 2016 was finally the year of Henri Schoeman as the Olympic bronze medallist won the KZN Sportsman of the Year prize at the recent KwaZulu-Natal Sports Awards. Supplied/
Gameplan Media

Durban – In an Olympic year the calibre of nominees for the KwaZulu-Natal Sportsman of the Year is often at its finest and for Olympic bronze medallist and rising triathlon star Henri Schoeman, who has played runner-up to Chad le Clos and Hank McGregor in the past, finally claiming the prestigious award in 2016 was a dream come true.

Having missed out on the KZN Sportsman of the Year award in the past few years, Schoeman was overwhelmed when he was awarded the honour at a glitzy ceremony recently however the young star knows that the award is only the start of bigger things.

“It is an incredible honour to be awarded the Sportsman of the Year award after a couple years of being a nominee and it is even more special because it is something that I have wanted to achieve for a few years.

“I want to thank the KZN Department of Sport and Recreation for the accolade and I want this to be another boost for me to move onto bigger and better things in triathlon.

“This award has just ticked another box,” a satisfied Schoeman added.

The meteoric rise of the young triathlon talent came as a surprise to many as he powered his way to bronze at the recent Olympic Games in Rio de Janeiro however the 25 year old felt that he was peaking at the right time heading into the Games and knew that he was in line for a strong performance.

“I believed that I was going to produce something special at the Olympic Games this year even though I knew getting a medal was going to be tough,” Schoeman said.

“Very few people expected me to medal at the event and that was an added incentive.

“I wanted to try and inspire people and help them realise that you don’t have to be one of the favourites to perform well.”

Schoeman followed up his impressive bronze medal with his maiden win on the ITU World Series circuit when he beat the more fancied Brownlee brothers from Britain for a first World Series victory of his career. These two results have catapulted Schoeman into the limelight but have also given him a significant boost going into the next season.

“My win in Mexico has gone a long way in giving me the confidence that I need going into next season.

“My motivation levels have always been there but now I am even more determined to do well and become the best runner on the circuit; I feel that I don’t have to prove myself anymore.

“I am ready for bigger challenges,” he added.

Schoeman’s work schedule has been jam-packed up until recently and a well-earned break is currently the order of the day for him.

However, with the momentum that he has gained over the past few months, he won’t be spending too much time away from training.

“I have taken a few weeks off after Mexico but I am slowly starting to get back into it as I want to give KZN track champs a go this year in the 5000m and 10 000m so I am slowly working towards that.

“There is a UTI World Cup event in Cape Town in February which will be a target for me but the season really begins in March and I am really looking forward to it,” an excited Schoeman added.

Paddler Banetse Nkhoesa was acknowledged with an award for bravery following a devastating stabbing incident late in 2015 that threatened to not only curtail his FNB Dusi Canoe Marathon goals but his life as well.

Determination and hard work saw him and partner Sbonelo Khwela finish the race in an incredible third overall though.