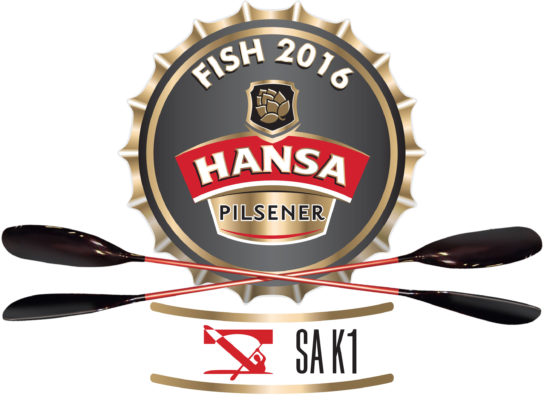 Cradock – K2 defending champion and hometown hero, Greg Louw is preparing for another gruelling two days of racing between Grassridge Dam and Cradock Sports Complex at this year’s Hansa Fish River Canoe Marathon on 7 and 8 October.

Knysna Racing/Merrell’s Louw claimed his first Hansa Fish title with doubles partner Andy Birkett in 2015 but is yet to finish on the podium in a K1, fourth place in 2012 his best individual result at his local race.

While buoyed by his maiden Fish victory last year and coming off a hard-fought second place at this past weekend’s Breede River Canoe Marathon with Graeme Solomon (Bamboo Warehouse/Knysna Racing), Louw is cautious to commit to any K1/K2-double aspirations ahead of this year’s clash. 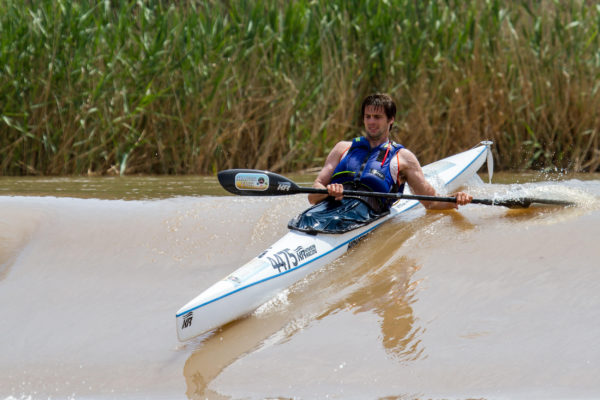 “The Breede was good for Solly and I but I’m still not quite in the shape I’d like to be in and with a couple of work commitments between now and Fish and a little one to look after now too, life’s taken a bit of a different path of late,” explains Louw.

“It’s also going to be another incredibly competitive year at the Fish this year, so a top five will be fantastic and if I can sneak onto someone’s wave and somehow stay there, then maybe a podium could be possible.”

Regardless of the result, Louw, who originally hails from the small Karoo town of Cradock and now resides in Port Elizabeth, thoroughly enjoys the annual return to his old stomping yard and racing in front of his home crowd.

“Sometimes racing at home can be a bit of added pressure but for me it definitely gives me a massive boost.

“The trip back to Cradock for the Fish is almost like a Christmas holiday for me,” chuckles Louw. “The whole Fish atmosphere is amazing and it’s always great to go back to Cradock.”

While focusing much of his efforts on preparing for his own race, Louw believes his fellow K2 winning partner, Birkett (Euro Steel) poses the greatest threat ahead of this year’s Hansa Fish.

“I think Andy will be the boat to beat this year,” says Louw. “He’s taking his preparations very seriously – coming down to do Pre-Fish, etc. – and so he should be in great shape come this year’s Fish.”

“Hank (McGregor) will obviously always be a factor too, so the title race between those two will be another really interesting one to watch!”