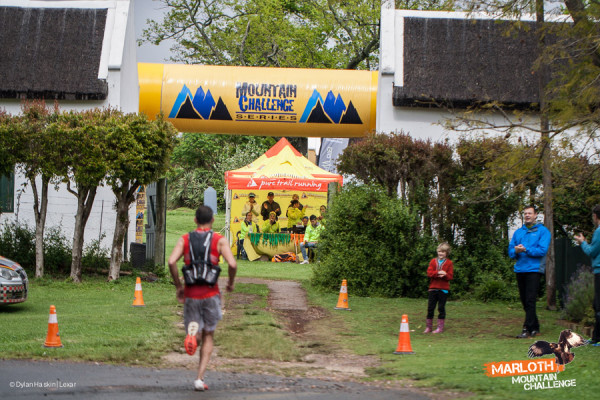 The MMC starts and finishes in the picturesque town of Swellendam in the Western Cape. Image by Dylan Haskin

In the drive for the Marloth Mountain Challenge (MMC) to become one of South Africa’s must-do mountain ultra-marathons, this epic 55km race through the Swellendam Mountains was recently sanctioned by the South African Skyrunning Association (SASA) to become the first Ultra Skymarathon® event of its kind on South African soil. The MMC joins an existing South African Skyrunner®  Series made up of 10 events across Southern Africa and Mauritius in 2015, as well as the global community of international Skyrunning events that spans 54 countries and 30 000 participants – including many of the world’s best trail runners.

Skyrunning has taken the trail running world by storm in Europe, America and Asia over the past 20 years and is defined as mountain running up to or exceeding 2 000m, where the incline exceeds 30% and where the climbing difficulty is not more than 11˚ gradient. To be classified as a Skymarathon® a race needs to have a minimum elevation gain of 2 000m over a distance of 30 to 42km, while an Ultra Skymarathon® has to exceed these parameters by more than 5%. With 3 494m of vertical height gain over a total distance of 55km – and of course the same in descent – the MMC will be the longest and one of the toughest races in the 2015 SA Skyrunner® Series.

The MMC starts in the picturesque town of Swellendam in the Western Cape, and heads up and around the majestic Swellendam Mountains in the Marloth Nature Reserve, then back to town to finish in the historic Swellendam Drostdy. The majority of the route is on the old Swellendam Hiking Trail which has been closed to the public for several years, so the only way to run on these hallowed trails is by entering the MMC. 87% of the total distance is on remote and technical mountain hiking trail where runners are sure to experience pure mountain running nirvana. 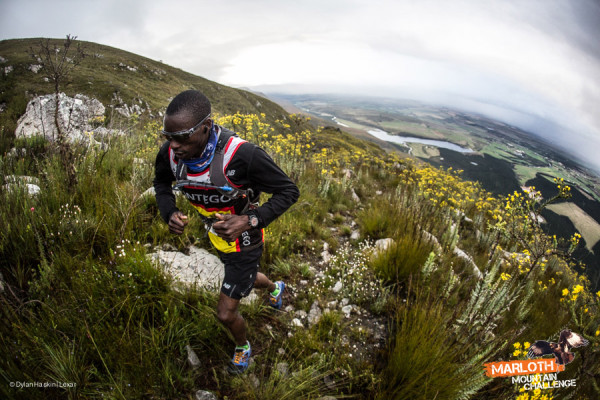 The inclusion of the Marloth Mountain Challenge in the SA Skyrunner® Series is set to lure the top names of South African trail running. Image by Dylan Haskin

Owen Middleton, managing director of event organisers, Wildrunner, has said the opportunity to be a part of the SA Skyrunner® Series was one that could not be ignored. “The MMC sets a new standard in hard, demanding and technically challenging trail running.  Being part of the Skyrunner® Series with the potential of being one of the events on the international Skyrunner® World Series in years to come was the major incentive to add the MMC to the list. Being the first Ultra Skymarathon® on South African soil is also exciting for all concerned,” says Owen. “We are so excited to see the big names in trail start to trickle in, as these athletes set the 2014 records in their sights. Swellendam is going to be a buzz this year and we can’t wait to welcome everyone at the end of September.”

About the MMC
The MMC will take place on 26 September and forms part of the Mountain Challenge Series with the 36km Jonkershoek Mountain Challenge and 24km Helderberg Mountain Challenge. Those runners who are not up to 55km of mountain running can also sign up for the MMC Lite Relay and cover the distance in a team of three relay legs, to be a part of the experience. For more information and to enter, please visit the website at www.mountainchallenge.co.za.

About the SA Skyrunner® Series
The first South African Skyrunner® Series took place in 2014 with only three races included in the circuit but this year, runners will have a much wider variety to choose from. Skyrunners will have the opportunity to clock up ranking points at each event in which they participate during the course of the year. A maximum of 100 runners in 2015 will receive these points, with the top male and female Skyrunner® claiming the ultimate prize of being crowned national skyrunning champion. The defending champions, Lucky Miya and Su don Wauchope, will not give up their titles easily and it’s safe to say that competition will be fierce.

“As the number of skyrunning events increases, so the national circuit will grow, attracting more and more runners to this thrilling type of racing,” said SASA chairman James Hallett. “Skyrunning offers far more than simply trail running, it’s special. It attracts the trail runner who’s drawn to exploring parts of the country that are extraordinary in their natural beauty, far from the madding crowd not to mention extreme in their location. And for those who crave the competitive edge, the national series offers a unique way of pitting yourself against the country’s best.”