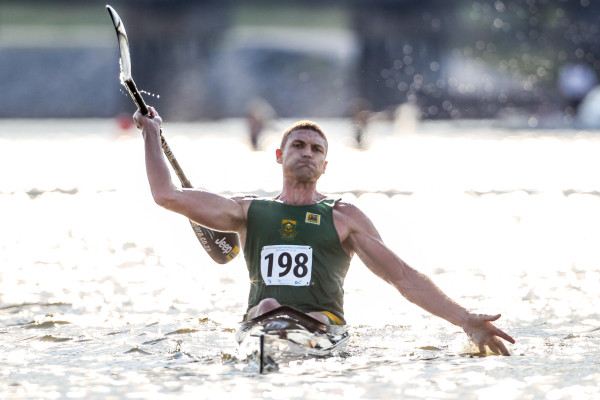 Pietermaritzburg – While the canoeing community celebrates Hank McGregor winning the Athlete of the Year at the inaugural World Paddle Awards in Germany on the weekend, canoeing officials are hoping that this will be the start of a golden period for South African paddling with the eyes of paddling world shifting to South Africa with the Marathon World Championships coming in 2017.

McGregor beat off Frenchman slalom icon Fabien Lefevre and German Olympic C1 paddler Sebastian Brendel to claim the coveted award, which was presented to him at a glittering ceremony in the Goldener Saal in Augsburg on Saturday night.

“This award is really special to me as many sportsman know that hard training and dedication sometimes goes by unnoticed,” said McGregor. “This award has made all the difference.”

The award has sent ripples of appreciation around local and international paddling circles, many of whom concur that McGregor is the best all round paddler to have emerged from the unique South African paddling community.

“In a country obsessed with river racing, his consistent achievements at a flatwater world marathon championships level has sparked a resurgence of interest in this discipline across the country, which has helped to lay the foundation for the successful bid to bring the marathon World Championships to Camps Drift,” he added.

The build-up to the 2017 global showcase starts this month with the KZN Marathon championships testing the revamped layout on the uMsundusi river in Pietermaritzburg where new extended jetties have been built for the key portages on every lap.