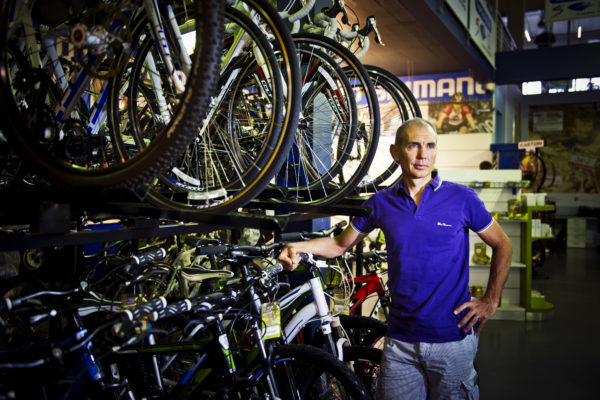 The cycling community is brimming with excitement ahead of the third staging of the Bestmed Tshwane Classic following last year’s edition that attracted more than 7000 cyclists; and no-one is more excited than well-known cycling commentator Andrew McLean.

“The growth of the race is simply inspiring. Against the backdrop of the economic slump over the past ten years, the growth of the Bestmed Tshwane Classic is unheard of. It’s unequalled in mass participation cycling events in South Africa,” said McLean, who manages Cycle Lab Megastores.

The third edition of the Bestmed Tshwane Classic, presented in association with Jacaranda FM and Office National, takes place on 3 November 2019 at the Voortrekker Monument and a field of more than 10 000 cyclists are expected to take part this year.

“It’s so important for Pretoria as one of the country’s capitals to have a signature mass participation event to showcase the city as a hosting and tourist destination.

“It’s clear from the response to the event that Pretoria cyclists have been hungry for their own event for quite some time. They have always had to travel great distances to get the feel of riding in a mass participation ride. Now, at last, they too can open the garage and ride to the start line, so to speak.”

McLean believes the event has every chance to keep growing steadily in the coming years. “I have no doubt the event, which is already a huge success, will go from strength to strength.

“The capital city now has a signature mass participation event with an operational plan which allows it’s scale. With evident support it’s easy to see why this race is so popular.

“The Bestmed Tshwane Classic organisational team boasts some of the finest race organisers in South Africa. Their attention to detail is well documented over many, many years. Add road closure, a well-balanced route and an affordable entry fee to the mix and it’s a recipe for success.”

Cycle Lab have a Megastore in Lynwood and McLean says sales figures at the store show that cycling in Pretoria is healthy.

“A great feature of the race is that they have again managed to keep the entry fee affordable. It’s great value for money. We need to make the sport of cycling as accessible as possible to as many people as possible. Keeping entry fees low is a wonderful way to do this.”

Child participants are also catered for with two different rides inside the Monument’s grounds and a professional kermesse that is staged following the main race.