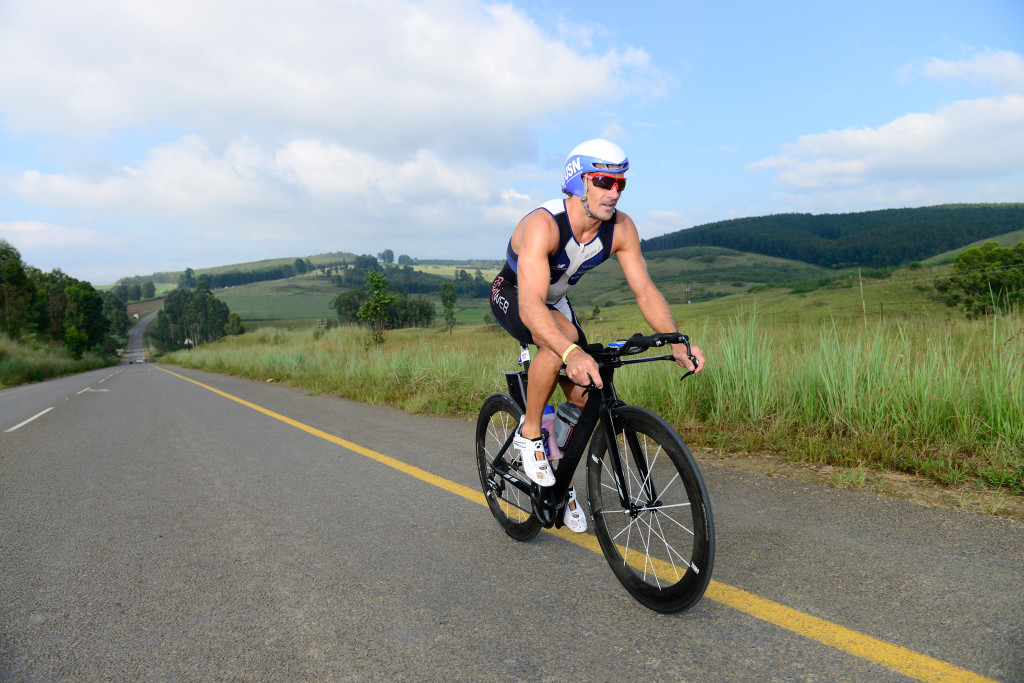 Stuart Marias from CT winning the Ultra Triathlon in March 2014

The KZN Midlands is bracing itself for the biggest field in the Midlands Ultra Triathlon since its inception in 2009 says race director Damian Bradley from B-Active Sports. “Entries from all over South Africa and internationally have been flooding in since April this year and at this point we have far exceeded our past race entries. The Midlands Ultra, KZN’s most popular triathlon which takes place on the 30th of November has an entry cap of 1000 competitors and is known as one of the premier Triathlons in the country”

The Midlands Ultra has gone from strength to strength since its first race at Midmar Dam in 2009. In March this year it was again selected to host to the South African Long Course Triathlon Championships, making it the selection event for ITU World Long Course Triathlon Championships. It is the 3rd time in 7 years that the Midlands Ultra Triathlon has been awarded this prestigious Title. World ITU Long Course Triathlon Championships is being held in Weihai in China in September and Triathlon South Africa is sending a strong team to represent our growing triathlon community in SA.  The March Midlands Ultra attracted a strong field of Athletes from the Cape to Cairo, who came to battle it out on the beautiful Midlands course.  We have seen that the top athletes are coming to do battle again in November, which lends credibility to the status of the event ” Says Damian Bradley. ” To ensure that all our competitors have a great event, we have capped entries to 1000 athletes, so that we can give our athletes an amazing ULTRA experience with no chance of overcrowding on the race routes”

On the international stage, our overseas Triathlon field gets stronger each year, with over 32 international athletes attending the March race coming from Dubai, United Kingdom, United States and Germany.

“Past winners of the Ultra include James Cunnama, Kent Horner, Stuart Marias, Donovan Van Gelder, Gerhard De bruin , some of whom have already secured their place on the Ultra starting line. The Event has grown in leaps and bounds over the past 3 years by securing strategic partnerships with Old Mutual, ORCA, Saucony and GU Energy. These partnerships have allowed us to focus on giving our Ultra Athletes what they want, One of the best loved triathlons in South Africa” Says Race Director Damian Bradley.

Anyone looking to try something different should give the Midlands Ultra or Sprint race a go. The Event can be done in Teams and Individually and there is something for everyone. To book you place at one of SA’s premier Triathlons, go to www.midlandsultra.com”