Misguided self-manipulation, how to train and deal with pain

As a self confessed sissie, I always wonder if other endurance athletes experience as much pain and effort as I do when racing and training. More than often, just getting myself to train is as painful. As the pain, or realization of the impending effort sets in, my mind attacks me. The first and foremost accusation is always, why are you doing this, and secondly, why don’t you just stop and join the couch culture? As the pain gets worse, my mind really looses grip on reality. A subtle sense of depression sets in, as well as mental battles questioning my motives for putting myself through this. Some inner voice always tells me it might just be a compensation for a deep seated inferiority complex. But having invested thousands of rands in bikes, running shoes, and working hours, figuring that out is a lost cause. I am way past the point of no return. As the acid burn and the heart rate goes past max, and oxygen feels as thin as on Mount Everest, things easily seems gloomier than normal: my pathetic bank balance, my exorbitant car payments and other life burdening issues that could do better with the energy I am expending on training. This normally happens during any lonesome, horrible, training session, and peaks 25 kilometers into the run leg of Ironman. The obvious question would be: “But why not stop?” That is an entire discussion of its own. Lately, after a potentially “career ending” mountain bike crash, I had to dig even deeper to ignore the pain of a semi-cracked rib, and I got to think about all the insipid ways I manipulate myself to maintain the self-inflicted torture. One thing I have noticed, the better the training session or race, the less ridiculous my reasoning seems to be. The worse it gets, the thinner the straws become my mind grasps at to convince myself the torture is worth it. While the motivation is up there, it is easy. Training happens for the same reason I pay my TV license: because it’s the right thing to do. While others choose the face stuffing, couch potato thing, there is just something to making the better choice. Gunning it out there make me feel free and fearsome, like I am taller than I actually am. 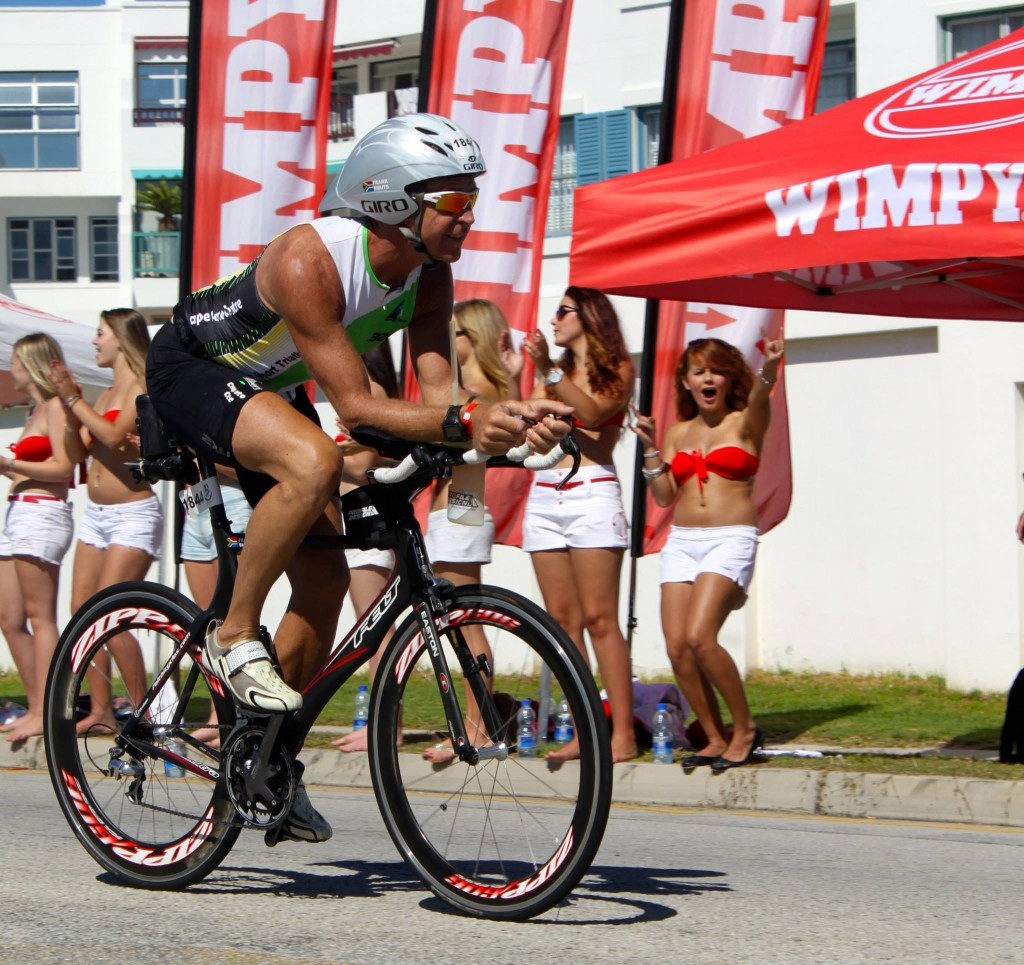 The good, the bad, and the painful.

But somehow, creation works like this: nice stuff is bad for you, and horrible stuff is good for you. Beer does not make you thin. It makes you fat. And it is easy to drink. Brussels sprouts is good for you, but hard to eat. Training is also hard, and to get better, you have to train harder. Does it need to be like that? I wish it wasn’t, but it is. Period. Add to that the necessity to work for a living, bumper traffic, computers that break, business deals going belly up, neighbour’s dogs that bark, and the DSTV call centre, and see how the motivation disipates. Best thing you can think of when getting home is to flop down with a beer, but that carbon bike is waiting like a dog wagging its tail for a walk. It cannot collect bragging rights on its own. It needs a lean, mean engine. Time to train. But it’s raining. The stationary trainer winks. But the computerized training route simulator malfunctions. Wow-factor gone. The beer winks. The kids need glue for a school project. Now! The Spar is still open, but almost closing. Two beers are winking now.

Clearing all of life’s rubble just to fit in a training session, without any record-books ever getting rewritten, asks for a very purely motivated soul. The fact that there will always be someone faster, stronger and thinner, no matter how hard you train, doesn’t help either. Now all the self-manipulation starts.

How: Version 1.1
First on the menu is mantras. Much like bumper stickers for the brain, their profoundness time and time again exceeds that of Tibetan monk utterances. “The pain I feel today is the strength I’ll feel tomorrow”, or “Pain is weakness leaving the body”. Priceless. It gets deep and very corny: “No-one ever drowned in sweat”. Yuck. One big sports company avoided all the profoundness and intellectuality: “Just do it”. In my books it does not ask of you to be bold, it asks of you to be stupid. The less you think about it, the easier it will be to train. Just do it. The more brainless you can be about this self-inflicted pain, the easier it will be to subject yourself to it. Finish en klaar!

How: Version 1.2
But mantras easily run out of steam, so the rivalry thing is next on the menu. There is always a race within the race, that one guy that can destroy your ego should he cross the finish line ahead of you. It’s a no-no at all costs. We stalk them on Strava and Garmin Connect, checking if they are ahead on training hours and splits. A friendly call starting with: “So…what’ve you been up to?”, in truth means: “How flippen hard have you been training without me knowing?!” It is called FOST: fear of secret training. But those true colours cannot be shown, so that bike comes out of the shed for a freezing, wet training session, just in case…How: Version 1.3Then there is the chick thing. It only counts for men, not the other way round. Sometimes knowing that my enemies do not have one training session up on me, I go for flipping that beer bottle top. But seeing a dainty chick venturing out into the elements that I am shying away from, hurts my manly soul. It makes me feel like a whimp. It is not a sexist thing, it is a romantic thing: men should be brave, noble knights. Going to bed knowing my “un-knightly” behaviour deemed me weaker than the weaker sex is also a no-no! So, out comes the training shoes. Death before dishonour!How: Version 1.4With no mantras, enemies or chicks around, a few frosties become man’s best friend in the blink of an eye. With a burger and chips in the mix as well, the outcome is inevitable: calories need to get burnt. We all sometimes have to deal with the 2000 kilojoules a 100 gram chocolate slab adds to our lives, the seven teaspoons of sugar in a can of Coke, or the 4000 kilojoules courtesy of a MacDonalds quarter pounder with chips. The day after will consist of a long and hard session. Or two. Or three. After all, what does not kill us makes us thinner. So it goes on and on, day after day, month after month, year after year..!At the risk of getting too serious, I have to admit, one thing that gets me to deal best with all those training sessions , is thinking of those who can’t and never will run or ride a bike till the acid burns: people that can’t because of a disability. How much will I miss it if I never ever cán again? I can’t think of anything worse. So, let’s lube that chain… 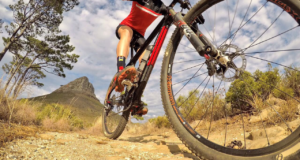 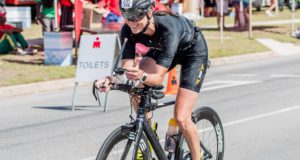