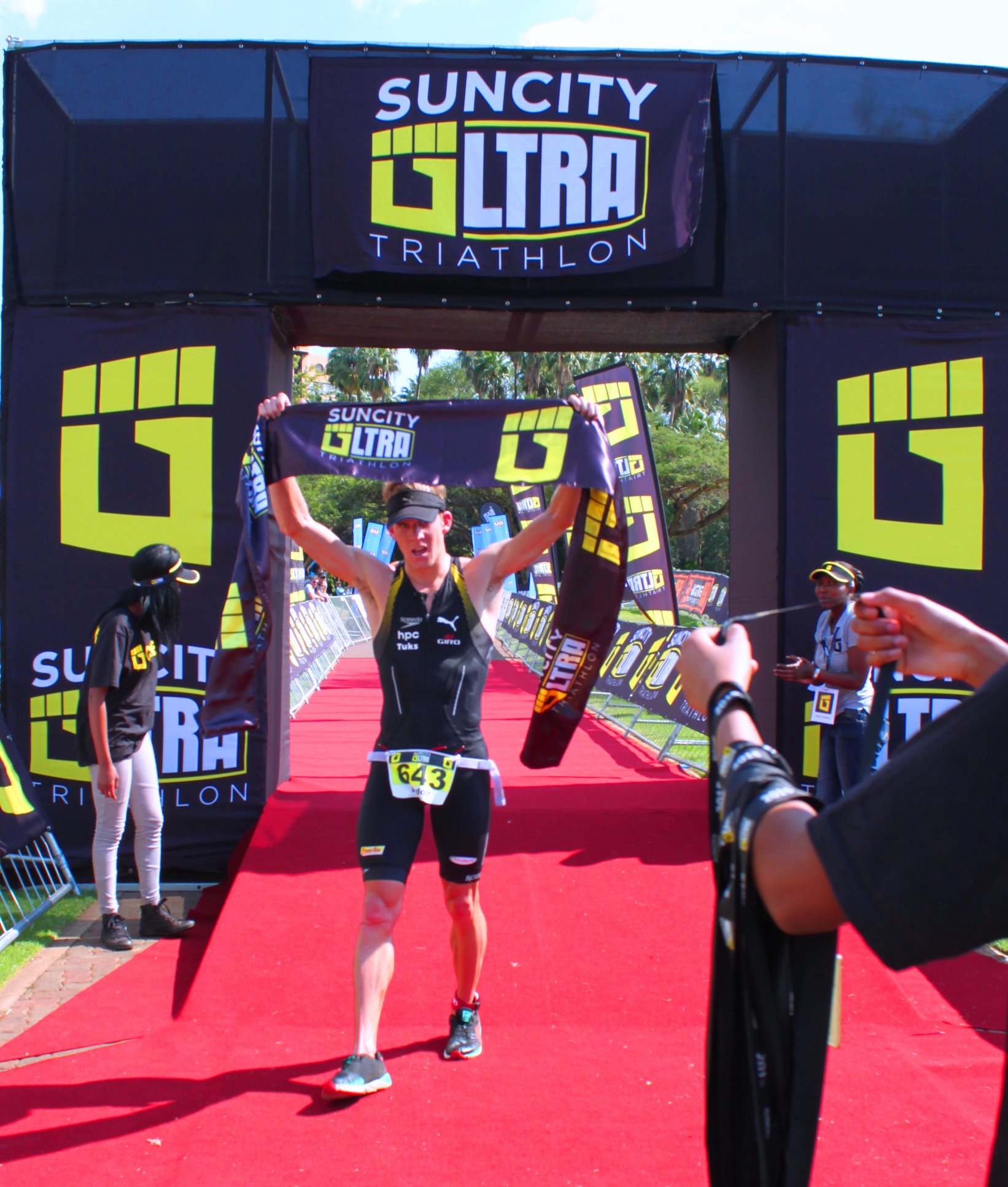 A host of the country’s top triathlon performers will be in action in 2 weeks time when  athletes converge on the resort to partake in the 2016 edition of the MiWay Sun City Ultra.

The race comprises a 1.9km swim in the lake at Sun City with a 4 loop flat bike 90km finishing with a 2 loop, 21km run. The course is a PB waiting to happen with those competitors having done Ironman SA recently, in the money seats to record the fastest times of their lives.

Defending Champion Rudolf Naude will be back to defend his Sun City Title. A strong performer, he should feature on the podium once the race is done and dusted. Freddy Lampret and Travis Johnston will be pressing hard to unseat Naude after the two-some raced against each at the Midlands Ultra and placed 2nd and 3rd respectively at that event. They are closely matched in all 3 disciplines and Naude will have to be on his A Game to beat these two contenders. Not to be outdone, Kent Horner, Casper Moodie and Clinton Gravett have also confirmed their entries thus far and they too will be looking for a podium spot at the end of the 113km challenge. A top 10 placing amongst the men is going to require a great race on the athlete’s part so we can expect to see some jostling amongst the front runners as they compete at the Sun City Resort which is arguably, the country’s finest triathlon destination.

Amongst the ladies, athletes who have confirmed their entries are Lucie Zelenkova. Zelenkova is a veteran on the world stage and she always puts in a great performance. Lucie clinched the ladies victory in 2015, and will be looking to defend her title this year. We should see Lucie leading out of the water and depending on how fit she is, she will be a real danger to winning overall. Caroline Koll, a seasoned veteran of the sport, will be pushing her the whole way as she tries to win another Ultra title out in the Pilanesburg. Claire Horner, wife to Kent , who usually finishes with a strong run, will also be gunning to secure that victory come race day in May.

Organisers are expecting some additional entries from the elite so who knows, someone might pitch and up-stage all the perennial favourites mentioned. Hot racing and tight positioning is definitely guaranteed with these top elites all competing for a slice of the huge R90 000 prize money purse provided by the sponsors MiWay Insurance.

Here’s a list of all the events on offer:

This event caters for the not so fit couch potatoes to the protein shake elite athletes, giving each competitor a solid workout over a short distance triathlon.

If completing a whole triathlon is not your thing, or your colleagues have talked you into taking part, then this Relay Triathlon Event is going to blow your socks off.

The ULTRA Individual Triathlon or 70.3 distance race is for the more serious athlete, who is looking to challenge themselves. Although challenging, this event will be your most rewarding one yet!

Relay Teams will line up to see who can be the fastest over the ULTRA Triathlon course. The TEAM section is open to Corporate and friends and family teams who want to be part of the action but keep that Team camaraderie.

For more information about the Sun City ULTRA Triathlon, please feel free to contact us through any of these channels: