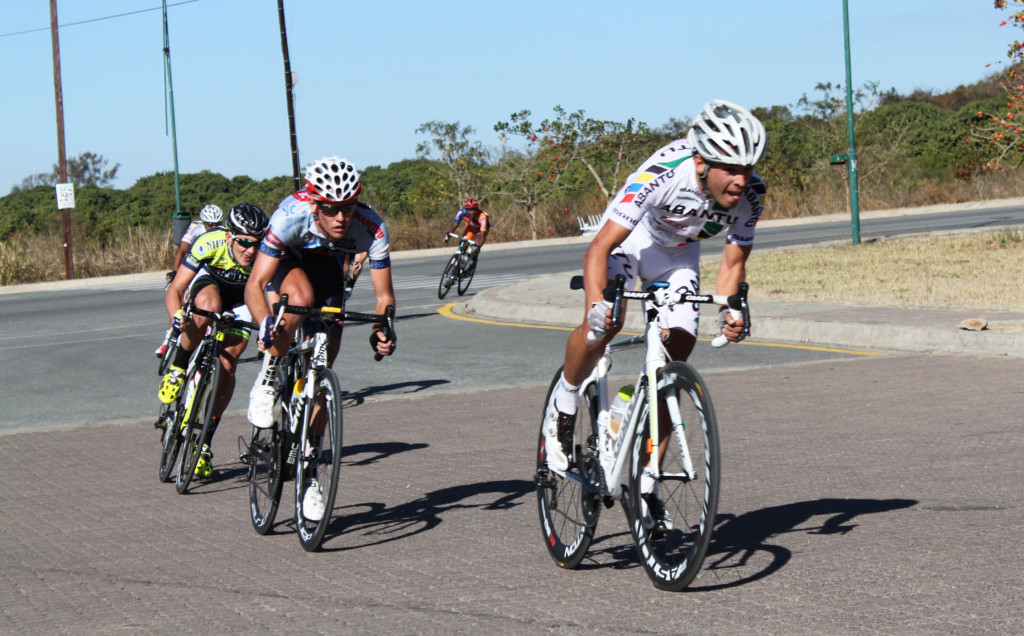 JC Nel showed his all-round climbing and sprinting ability to claim his maiden classic victory in the 32nd Bestmed Jock Cycle Classique in the Mpumalanga Lowveld on Saturday.

Nel, 22, also claimed the king of the mountains title in what is billed as South Africa’s toughest one-day road race.

The young Westvaal-BMC rider gritted his teeth in the finishing sprints on stage one and two to hang on to the runner-up spot behind the winners.

On stage three, he finished safely in the bunch at the Mbombela Stadium near Nelspruit to secure the overall win in the 151km race in a time of 3:58:41.

James Fourie of Europcar SA and Willie Smit of Vini Fantini-Nippo were second and third respectively in the same time of 3:59:04.

“This is one of the toughest races on the South African calendar and to win this is something I always wanted to do growing up,” said Nel.

“So to come out here and win this today was something of a dream come true.”

The Johannesburg resident said it was a welcome return to form for him after a disappointing early season and that it was a promising precursor to the upcoming Clover Lowveld Cycle Tour.

Nel and Smit were the first to go on the attack on the 43km opening stage from Nelspruit to White River.

Fourie, Peter-Lee Jeffries of Inter-Active and Clint Hendricks of Bonitas immediately gave chase and quickly reeled them in.

The five-man breakaway then worked together to open up a minute lead over the chasing bunch, which they maintained throughout the stage.

On the Heidel Eggs climb at the 40km mark, Nel claimed the first king of the mountains hotspot and then it all came down to a sprint finish at Rob Ferreira High School.

There was drama in the closing metres as early leader Smit broke his cleat to put him out of contention in the sprint. The stage victory went to Hendricks instead, with Time Freight-VeloLife’s Lise Olivier crossing the line first in the women’s race.

On the 45km second stage, Abantu’s Reynard Butler made a successful getaway at 20km, after a series of short-lived attacks by the likes of Bonitas’s Jayde Julius and national student champion Kevin Patten of Westvaal-BMC.

Butler’s 40-second margin was gradually eaten away until he was brought back by the peloton before the Spitskop climb with 15km to go.

Defending champion Dylan Girdlestone of Bonitas showed his hand on the gruelling ascent as he and Nel powered away from the bunch, with the latter taking his second king of the mountains prime on the 7km climb.

The two rode half a minute clear of the chasing peloton, with Girdlestone just edging out Nel in the decisive uphill sprint to the finish at Sabie. Nel, however, took a convincing overall lead into the final stage.

Olivier made it two in a row to cement her lead in the women’s category.

Long Tom Pass loomed large at the start of the 63km third stage as the riders turned back towards Nelspruit.

Abantu’s David Maree launched an early solo attack on the 12km climb, opening up a gap of over a minute on the bunch and taking the last king of the mountains prime. He was hauled back by the large chasing bunch after 30km.

Riders launched attack after attack over the final 20km, which were all quickly nullified as the teams started their final manoeuvres.

As the lead group entered the finishing strait at the stadium, Herman Fouché broke away to make it a trio of stage wins for Bonitas.

Olivier, who will represent South Africa at the Commonwealth Games later this month, completed a personal hat trick in the women’s race for overall victory in 4:42:54.

Chané Jonker and Carla Oberholzer rounded out the podium for Bestmed-ASG in 4:46:00 and 4:46:12 respectively.

For more information on the event, which was presented by ASG Events, find the race on Facebook or follow @jockcycle.