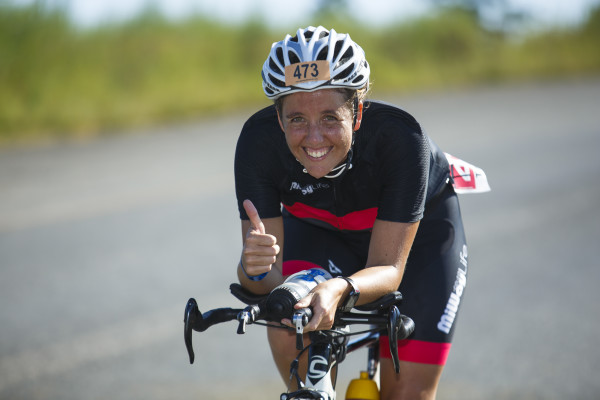 The MiWay Cape Ultra Triathlon is set for its debut on the 25th September out at Theewaterskloof in Villiersdorp. A mere 45 minutes drive from Gordon’s Bay in the Western Cape, the MiWay Cape Ultra will form the 3rd leg of the Ultra Tri Series, which already has established footprints at Midmar Dam in KZN and Sun City in the Pilanesburg

The Cape Region will be a welcome addition to what is already SA’s Biggest Triathlon Series. Athletes can look forward to racing over the Sprint Distance (600m swim/20km bike/5km run) or the Ultra Distance (1.9km swim/90km bike/21km run) or as teams in either of the events.

The swim will take place in the pristine Theewaterskloof dam and will comprise a 1 loop course. Athletes will then tackle the 90km bike leg for the ultra and 20km for the sprint distance over a fast and highly competitive routing. Although the region is known for some hilly terrain, organisers have assured athletes that the bike course will be set to encourage fast times on both bike race courses. The run will then take place in and around the confines of the Dam area with athletes taking in 2 loops of the run for the Ultra and 1 loop for the sprint racers

A host of the country’s top professional and age group Triathletes will be heading to Villiersdorp in September to compete at this inaugural MiWay Cape Ultra Triathlon.

MiWay Insurance who have backed the series for 2016 and beyond are looking to break new ground in the Cape Region with this event, which already has been billed as one of the best value-upon-entry races in the world. Athletes are treated like rock-stars from the time they register until they cross the line. A huge number of athletes from the Gauteng Region which make up 50% entries of all competitions and events in SA, have indicated that they will be travelling to Cape Town come the end of September to race the Cape Ultra.

On-line Entries are open now with entries closing on the 23 August. With a limited amount of entries being allowed for race day, its encouraged to enter as early as possible.

For more information visit the site www.ultratri.co.za or email carol@bactive.com