The ASG Store, which will specialise in bikes and accessories, will have a soft opening in Paarl on November 21. Photo: Supplied

Cyclists visiting the Boland region will soon have access to a wide-ranging specialist outlet when the ASG Concept Store opens in Paarl on November 21.

Managed by well-known South African professional cyclist Hanco Kachelhoffer, the store will give customers access to the broad range of bikes and cycling accessories distributed by ASG in South Africa.

“Our main focus will be to showcase the brands we distribute ourselves, such as Pinarello, Ellsworth, Wilier, Rudy Project, F-Tech, High5 and Sidi.”

In addition, he said they would provide specialist knowledge of the ASG distributed products as well as exceptional after-sales support. 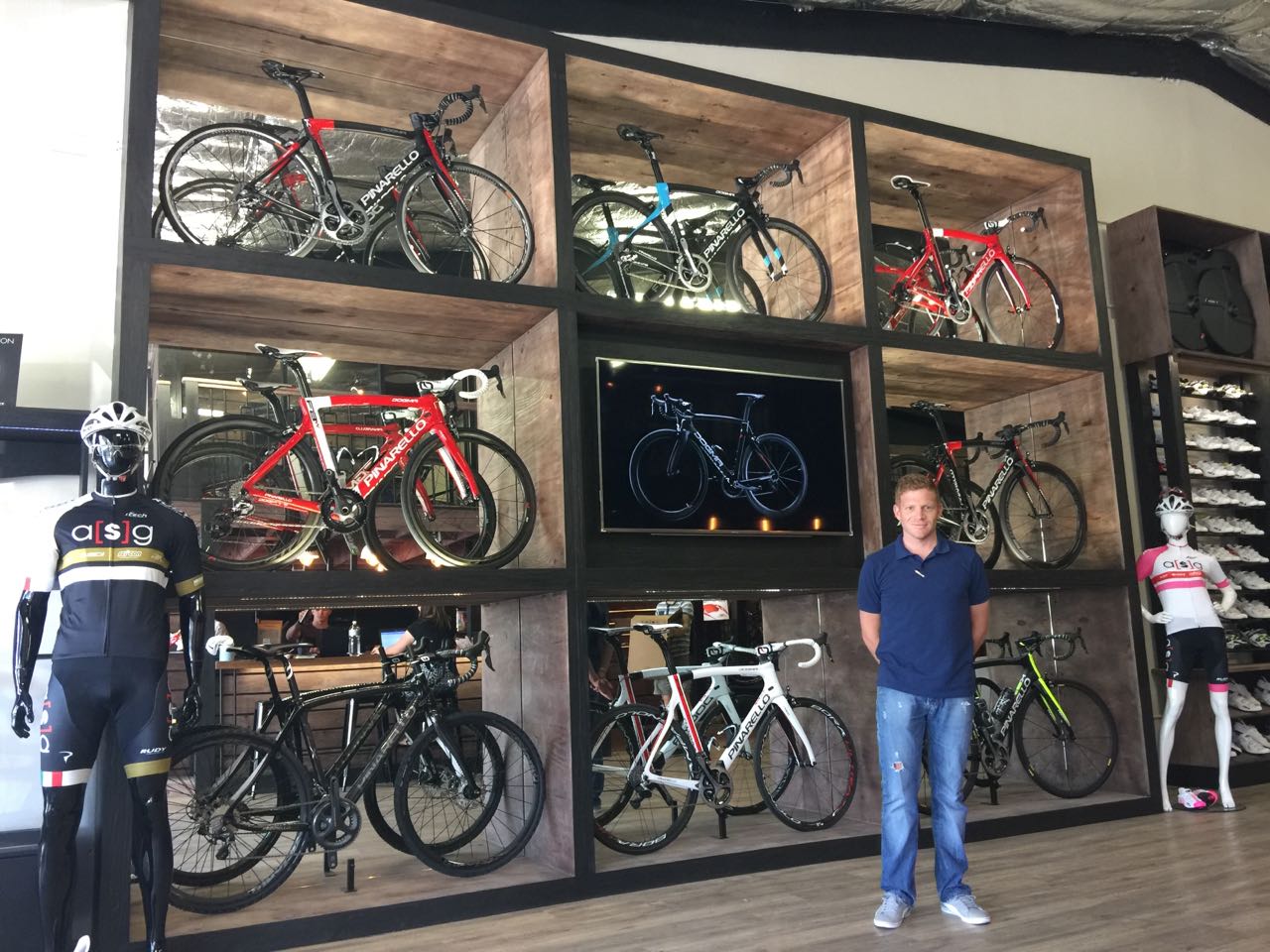 The ASG Store, which will specialise in bikes and accessories, will have a soft opening in Paarl on November 21. Photo: Supplied

“Our mission is to offer cyclists a unique experience and to give them access to top-class cycling expertise.

“We have some of the country’s top riders on hand to help with advice, bike setups and coaching.”

He said his wife, An-Li, the SA women’s road champion and Rio Olympian, would add massive value to cyclists in the region and nationally by putting her knowledge and experience into the ASG Bike Club.

“From riding with club groups to coaching riders, she will be as busy off the bike as on it.”

Kachelhoffer added that professional and first-rate servicing of bikes was a priority.

“In Leon Nel and Paul Gibbings we have two of the country’s most respected, experienced and qualified bike technicians.

“Leon is well-known among top professional riders. He has done several Cape Epics and understands the detail behind keeping top-end bikes in perfect condition.”

He added that Gibbings had vast international experience.

Kachelhoffer and pro colleague HB Kruger will do bike setups using the German Smartfit Q5 system – the most technologically advanced product in the world.

An extension of ASG, Kachelhoffer said it had been a long-time desire to create a space where their top-end brands could be showcased in an exclusive way.

“With ASG Events already located in Paarl, it made sense to create the concept store here, without detracting from ASG’s distribution to many cycling shops around the country.

“In fact”, continued Kachelhoffer, “we encourage all store owners to bring their customers to help them decide between the bike brands and accessory options that are available from ASG.”

“The cycling industry globally is going through some testing times and as a group we are trying to find the best response to these challenges.”

He said other brands had opened concept stores in the Western Cape, but ASG would take the approach of trying to do things differently.

“We will always have limited edition bikes, shoes, glasses and more on display.”

Kachelhoffer said that although their main focus would be on showcasing ASG’s brands, they would offer a wide range of items to cater for cyclists’ complete needs – on and off the bike.

He said there would also be an in-store coffee bar where “coffee is free and made with a smile”.

Kachelhoffer said he felt he had landed his dream job.

“I’ve always been involved in the business side of cycling, even as a pro. I love bikes, I know the industry and I have a great team from ASG that makes this all work smoothly.”

He felt the expertise he had gained from being involved in cycling in all its aspects would add considerable value.

“It goes without saying that having a professional in-store to provide expert advice is invaluable.

“I have done most races in South Africa, on and off-road, and I understand what it takes to be a good rider, manager and mechanic.

“I know most brands and have done bike setups since 2006, so I think this sort of knowledge will help cyclists make informed decisions.”

Kachelhoffer said they were situated at the Laborie Centre, from where they would also offer weekly rides through the ASG Bike Club.