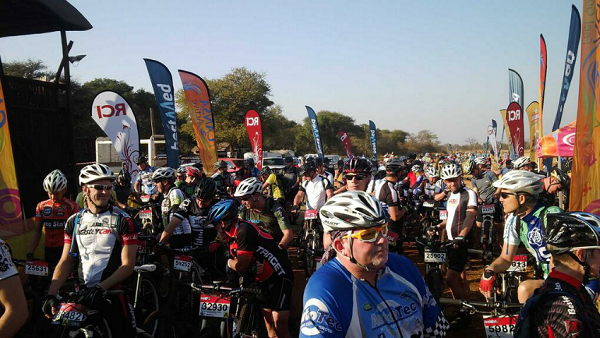 Experienced mountain biker Bennie Pearson is approaching Sunday’s feature race at the Bestmed Sondela MTB Classic with a sense of excitement following the creation of a new route.

Experienced mountain biker Bennie Pearson is approaching Sunday’s feature race at the Bestmed Sondela MTB Classic with a sense of excitement following the creation of a new route.

Although the weekend cycling festival near Bela-Bela in Limpopo, which is also known as the Bushveld’s Big MTB Bash, includes races on both days, all eyes will be on the top competitors in the 60km event.

To put them to the test, race director Mel Meyer and his team have cut new trails for the occasion. These will take riders out of the Sondela Game Reserve through a number of adjacent properties.

Pearson, who hails from Centurion and is a veteran of the race, said he thought the move to set up a new route was a “brilliant idea”.

He said he was looking forward to testing himself on the course, which he felt would offer participants a bit of everything.

“I think the new route they have created will add a great deal of diversity.

“There will be technical riding and bits of climbing as well as some Bushveld sand, so I think it will be a very nice ride and I’m looking forward to it.”

Pearson said he anticipated tough competition and, while he was at one stage contemplating to just enjoy the ride, he knew that his competitive juices would start flowing as soon as the race started.

“I believe it will be a very good race with lots of competition. Once things get going, I know it’s going to become really tough.”

The diversity of the trails exemplifies the philosophy of the event, with various race distances catering for cyclists of all levels.

Saturday features 40km and 20km options, while youngsters can enter the 5km ride or 500m dash.

The organisers have also introduced a relay race, which they feel will add a different dimension.

“We will be doing it in exactly the same way you run a 4x100m relay race,” said Meyer.

“Teams of four will tackle a 5km route. The first group will take off and hand over to their second rider in a transition area, and so on.

“It might only be 5km, but it’s a high impact concept designed to create maximum fun.”

Meyer said 1 500 riders would line up across the various races.