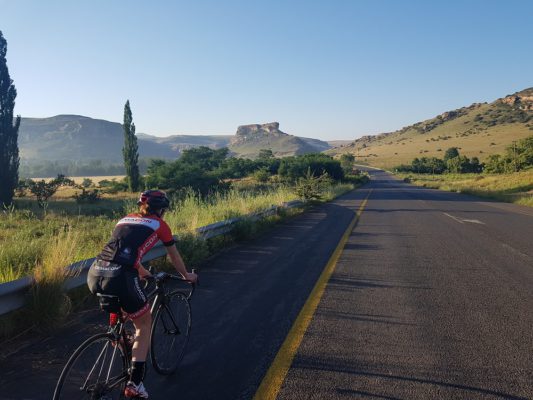 As someone who relishes a challenge, Carla Oberholzer is in the right frame of mind to make a charge for the title at the first major national classic of the South African road cycling season early next month.

The 29-year-old professional from Clarens in the Free State finished runner-up in last year’s 102km Bestmed Berge en Dale Championship and is hoping to go one better on February 4 when the event is hosted by the Cradlestone Mall in Muldersdrift on the West Rand.

“It is always good to improve on the previous year’s results,” she said, “but Kim le Court will be back to defend her title and the race could really go either way.”

The pair both race for Demacon Ladies in SA, while Oberholzer will link up with Bizkaia-Durango when she jets off to Europe later in the season.

She said she felt the route suited her style of riding.

“As long as the racing is hard, I’m happy,” she said. “I always enjoy the Berge en Dale as the early climb ensures that the racing starts early on.

“The rest of the route remains undulating, which keeps you on your toes, and the finish is always a challenging one.”

Oberholzer – a physiotherapist by trade – said her strength was her ability to endure suffering, while she was also working hard to improve her sprinting.

Like so many of the country’s top riders, she said she would be using the Berge en Dale Championship to get into perfect condition for the following week’s SA Road Championships in Wellington.

“It will be my last race before SA champs, which is my immediate goal. It will give me an indication of my form.

“I will not be tapering for the race and will, therefore, not go in with a fresh set of legs.”

Following the nationals, Oberholzer said her focus would shift to the European season where she would be racing from April to June.

“If all goes well, I hope to be selected to race the Giro Rosa in Italy in July.”

She said her main goals for the tail end of the year would be to gain selection for the world championships and to “race well” at the 947, where she finished fourth last year after a tightly contested sprint for second.

“Finishing third at last year’s KZN Summer Series UCI 1.2 women’s race after being in the break for most of the day was definitely my best moment yet,” said Oberholzer.

“Being selected for the world champs last year was also a great honour.”

The Berge en Dale Championship includes a 55km event and, this year, a mountain biking component has been added for the following day.