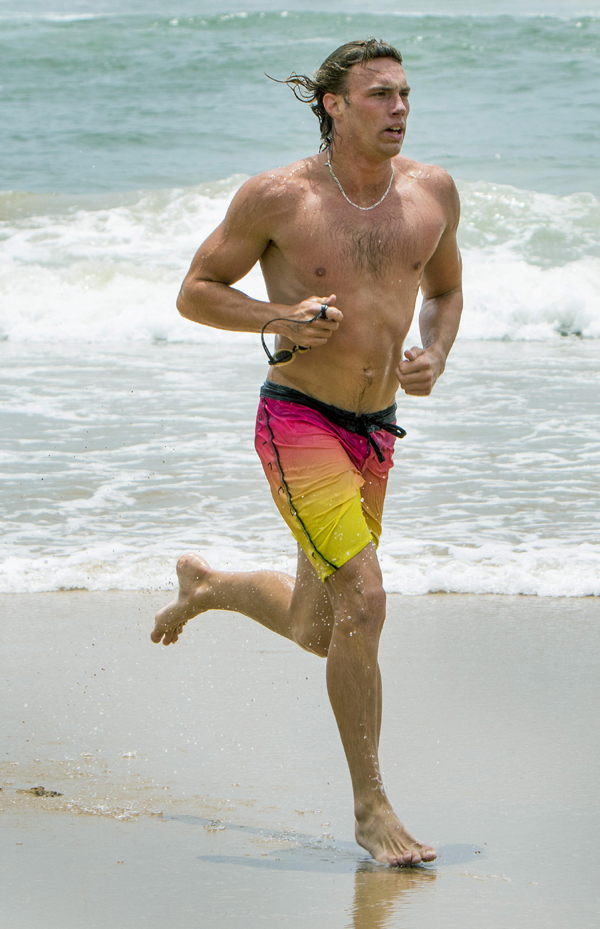 The ADreach Ocean Heroes series rocked North Beach with some exciting racing, when some of the best ocean athletes came into town for an all-out battle of the endurance, speed and skill.

The waves were small, approximately two to three foot, however the wind and the long distances made for tough racing. The race format, which included a 1.6km ocean swim followed by two ocean man races comprised of surf ski paddling, board paddling and running, tested the toughest competitors during the ocean swimming. The Ocean Heroes management decided to start the ocean swim with a tail wind so the competitors started from Addington Beach to North Beach.

In the 1.6km ocean swim the tenacious Kirsten Bellingan came across the women’s finish-line first, showing that pool swimmers can convert their skills to the ocean, showing great endurance by beating some well-established ocean women.

Paul Van Achterbergh claimed the 1.6 km ocean swim ahead of the upcoming Connor Botha followed by the experienced Matthew Bouman. The crowd appreciated seeing elite athlete Matthew Bouman on the start line after a great year of international surf ski paddling achievements, dusting of his swimming cap and test out his skills. After the Ocean Man races Matthew commented that the racing was tough and competitive.

In the Ocean Man races, the seasoned Paul Van Achterbergh achieved an impressive full house victory by winning every race and claiming the overall Ocean Heroes title. His twelve months of racing experience in Australia has provided him with the edge in all the disciplines over his rivals.

Another great competitor who has participated in Ocean Heroes since 2014 was Donald Brierley claimed an overall third position and showing he still has got what it takes to challenge anyone with his skills and power.

In the ladies’ division a dominate display by Samantha Rowe saw her win the overall Ocean Heroes title showing incredible consistency by making minimal mistakes in the races. The overall second position went to the youngster Tamryn McKie who came home strongly by winning the last race, surprising her rivals with her determination.

The race director Wade Krieger was thrilled with the atmosphere on the day and commented that the Ocean Heroes would be racing at North Beach in the near future to showcase once again Durban’s best ocean athletes.

More information can be found at www.oceanheroes.co.za