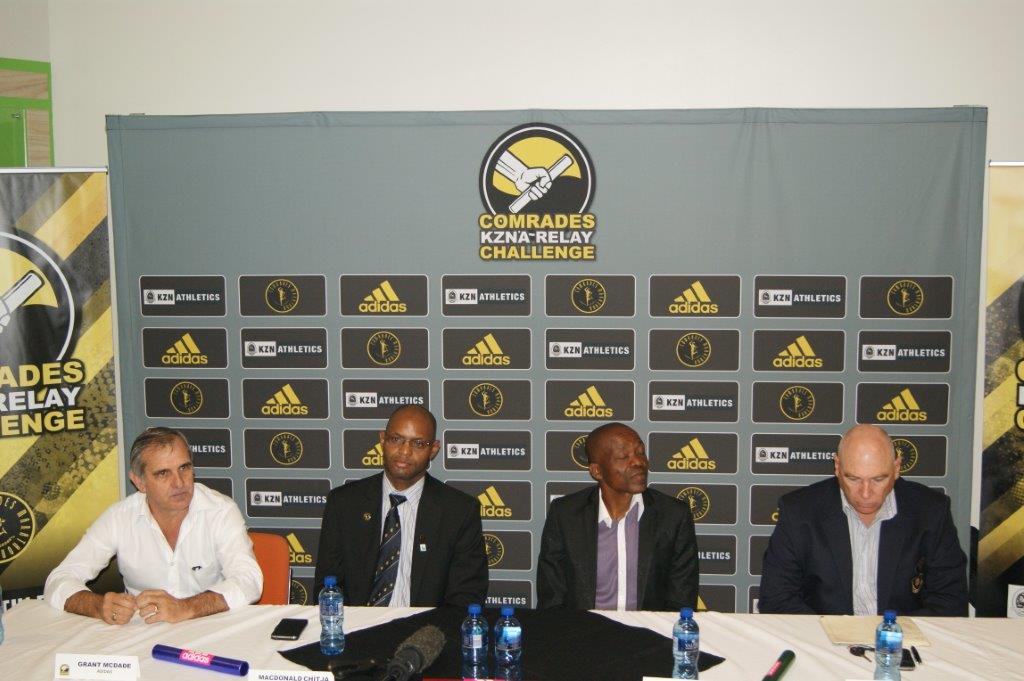 The exciting athletics event is targeted at schools across the province and aims to give KwaZulu-Natal’s brightest young athletes the opportunity to showcase their athletic prowess.

The inaugural 2013 Relay Challenge was initiated by KZNA and the Fast Feet Athletics Club. It is now bigger and better; and includes sponsorship from the CMA and sportswear brand adidas. Up for grabs among various categories is R50,000 in cash and R70,000 in equipment from adidas as well as a bronzed spike trophy for winning schools.

The Relay Challenge is a team based event that encompasses a 1x800m, 1x400m, 2x200m and 4x100m with eight athletes per team in three age categories — u15, u17 and Open boys and girls.  Four districts have been invited from across the province with 16 teams per age group in the male and female categories – that is 32 teams per age group and 96 teams in total.

The semi-finals take place on 26 September and the finals will be held on 2 October 2014 at the Kings Park Athletics Stadium.