Paddle For the Planet gets behind novel river cleaning system 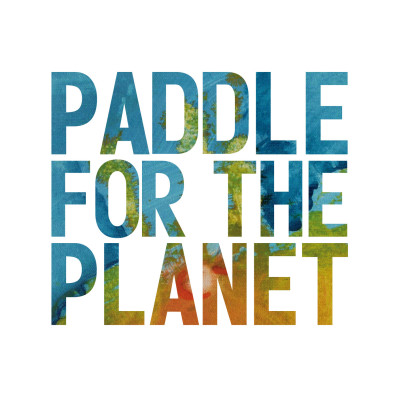 Durban – Having raised R60 000 during the 2015 Paddle for the Planet programme, the innovative environmental awareness and fundraiser has teamed up with the Dusi Umgeni Conservation Trust (DUCT) and MACE Labs to introduce the ground-breaking Booms, Bins and Bags project to help clean up the Mngeni River.

Dr Deborah Robertson-Andersson is the Director of MACE Labs and has been working hard at trying to implement a project that will be able to catch plastic and other debris from oceans and rivers and with the help of DUCT and Paddle for the Planet she has found support to get the project off the ground.

“I did a presentation at uShaka Marine World recently about the impacts of microplastics on the environment and the word spread that I was looking into developing a bin that we could use in order to catch plastic and all other debris,” she mentioned.

“We were approached by Paddle for the Planet and along with DUCT we thought that it was a perfect fit in terms of all of us moving in the same direction trying to clean up our rivers and oceans.”

MACE and DUCT have been working closely with Paddle for the Planet in working out the regions in which they will set up these bins and Robertson-Andersson’s hope is that they will be able to withstand all varying weather conditions.

“We have left it up to DUCT to decide where the bins are going to go along the Mngeni River however we have been dealt a bit of a blow with the weather that we received over the weekend and we are going to have to see whether the bins and the structures erected will withstand that sort of barrage.

“We do not receive all-year rainfall so we are going to have to monitor the bins closely in order to make sure they perform,” she explained.

Monitoring the amounts of plastic and other pollutants is key to the project for Robertson-Andersson and her team so keeping a close eye on them and taking frequent recordings will be paramount to their research.

“We will probably try and monitor the bins for about a year at first with us taking readings and checking them on a monthly basis.

“This is going to also be part of a greater Community engagement project because it is important that the local people understand the threat that pollution in our rivers has on the wildlife of the region.

“It is great to partner up with people like DUCT and Paddle for the Planet because we are all thinking along to same lines in that we are trying to protect both our fresh water and its animal life as well as the sea and the creatures that inhabit its waters,” a concerned Robertson-Andersson stressed.

It is hoped that the MACE and DUCT collaboration on dealing with pollution in the Mngeni River will serve as a pilot project for wider implementation of the Booms, Bins and Bags programme.

More information can be found at www.paddlefortheplanet.org

Tagged with: featured Paddle for the Planet