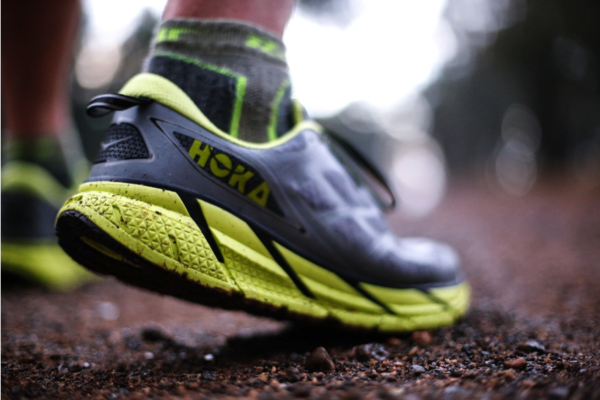 HOKA ONE ONE’s maximalist, yet lightweight sole design, offering a high level of cushioning and stability. has made it the fastest growing running shoe brand in the world.
Photo Credits: www.zcmc.co.za

JOHANNESBURG, July 26 2016 – HOKA ONE ONE®, a division of Deckers Brands (NYSE, DECK) announces its launch into South Africa.

With official launch events on Tuesday 26 July in Pretoria and Thursday 28 July in Cape Town, HOKA’s South African distributor, Hullabaloo, is delivering to media and sports retail sector decision makers its plan to offer South African runners a shoe brand with a difference. Nicolas Mermoud, founder of HOKA ONE ONE, is presenting the brand personally at both launch functions.

The design of HOKA ONE ONE shoes is noticeably different to most established brands, offering a generous, yet lightweight sole with increased cushioning and stability, a deviation from the trend towards the minimalist sole designs over the past decade.

Pronounced Ho-kuh Oh-nay Oh-nay, which means ‘to fly over the earth’ in Maori, the brand, which was only launched in 2009, has made rapid gains in market share in various countries, particularly in Europe and North America.

The inspiration for the extra thick midsole design came from the desire to create a shoe that offers sufficient cushioning and stability for those running down mountain trails. But the benefits were soon recognised by ultra-distance runners among whom HOKA ONE ONE is an increasingly popular choice of shoe.

The triathlon market has also embraced the HOKA ONE ONE brand, particularly in the long-distance events. At the 2015 Ironman Triathlon World Championship in Hawaii, Ironman shoe-brand count, HOKA ONE ONE occupied third place with 11.6% of the total field choosing the brand. This after holding just 2% of the total three years earlier.

“The growth of HOKA among the long distance triathlon market abroad is also encouraging for us as there’s a strong – and growing – interest in these events in South Africa,” added Winter. “HOKA is the official shoe sponsor of the 13-race Ironman US Series, which is confirmation of the brand’s powerful impact on the triathlon market,” added Winter.

HOKA ONE ONE’s current and new range will be available in South African stores from January 2017. The brand will be available at This Way Out stores in the Western Cape, specialist triathlon and running stores across the country and selected national sports retail chain stores.

“It’s still a few months until the product orders arrive, but we didn’t want to wait until then to launch this exciting brand. We want to begin discussion around the brand and are inviting runners to follow our social media posts on Facebook and twitter, where we’ll begin an information and inspiration campaign,” said Winter.

Tagged with: Deckers Brands featured HOKA ONE ONE