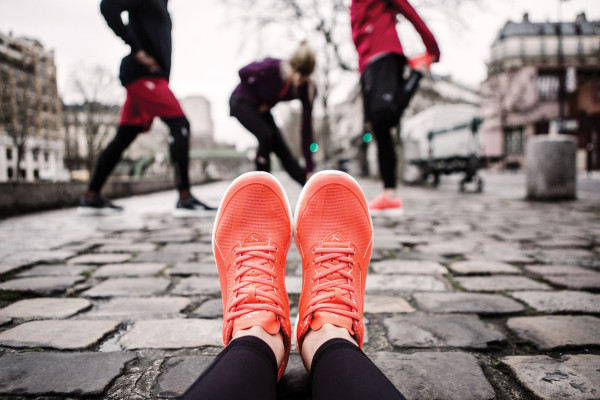 The next stop on the IGNITE YOUR CITY series is New York.

This time, PUMA gathers four runners from the French capital for an after-hours sprint around the city’s less trodden locations. Supporting them in their run is PUMA’s latest running range suitable for cold weather and low light conditions. The IGNITE PWRWARM running shoe gives runners the high rebound cushioning they need that helps regulate body temperature with reflect elements for visibility. The PWRWARM featuring NightCat range of functional and comfortable running apparel includes the PWRWARM zip, tee and shorts with reflective features and adaptive materials that maintain body temperature.

The crew meet up at Canal Saint-Martin then make their way to an undisclosed entrance to the Catacombs. They sprint across the dark, damp tunnel guided by basic instinct and the faint light of their headlamps. Eventually, they find an open manhole somewhere in Montmarte, and race up to the city’s highest point and finish their run at the Sacre Coeur where they can finally catch their breath and marvel at Paris’ stunning nightscape.