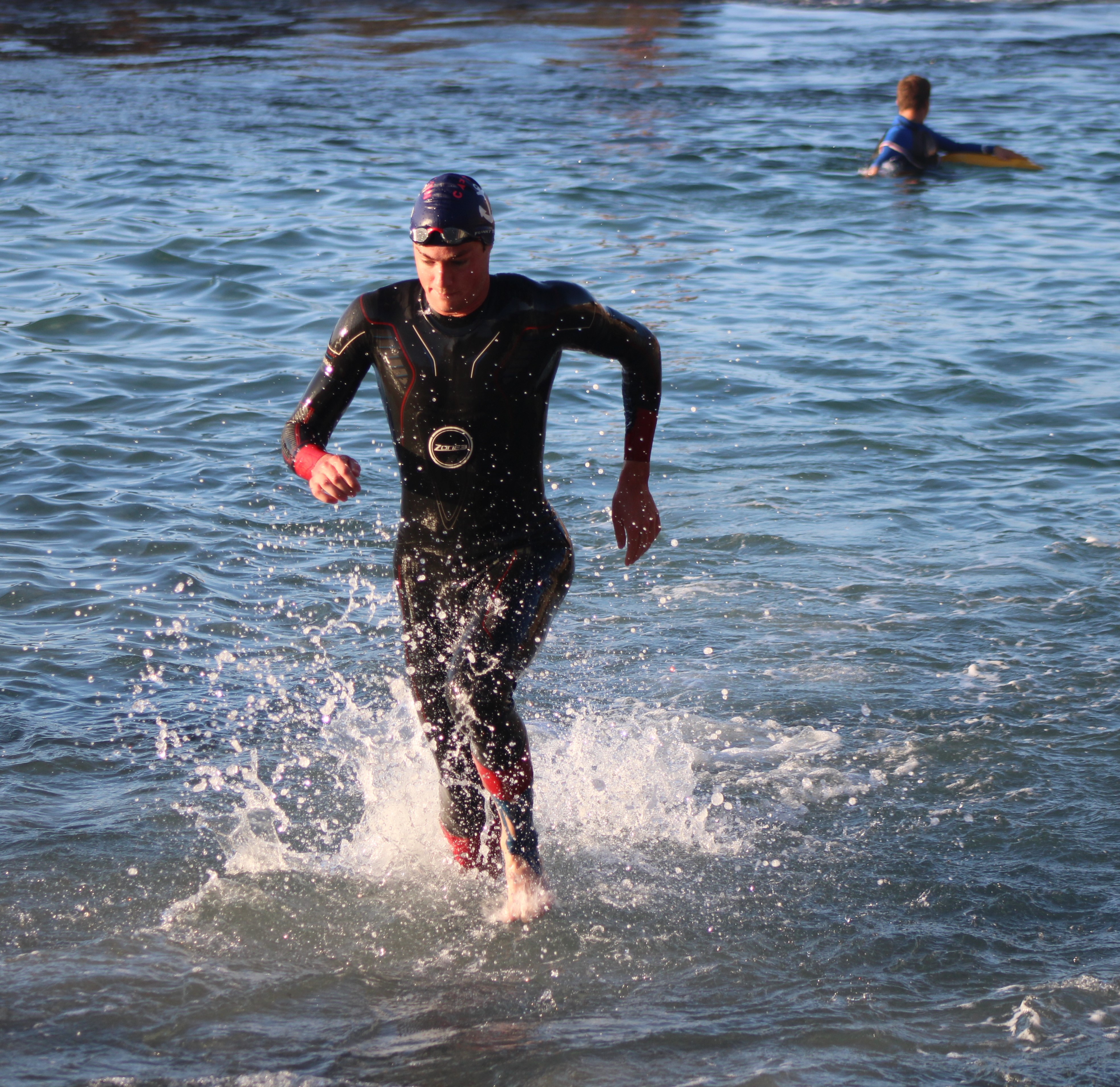 The sold-out triathlon event was part of the Hi-Tec Walkerbay Xtreme (WBX) adventure sports festival that started on Friday.

Quenet, a 22-year-old triathlete from Stellenbosch, said the water was really cold (12.1°C).

“I like the way they changed the swimming course. It was shorter in previous years, but I have a swimming background so I used the longer swim to my advantage,” he said.

“The bike course was really nice, but the best part of the race is the run. There is nothing that can compare to that coastal run. Even while racing you can and must appreciate the beauty. Despite my bike crash a few weeks ago I felt really good. I am happy with my form at present.”

Attending the event has been a part of Quenet’s season for the past three years. “I love this event and the town. The whole festival vibe is second to none. It would be really great if we can have more of these events in South Africa.”

He also won the See & Sand Xtreme swim-run-jump challenge on Saturday and the wetsuit category of the 2.5km Open Water Xtreme after the triathlon on Sunday.

While Quenet is a regular at the Hi-Tec Walkerbay Xtreme, it was a first for Heywood.

“It is an awesome event and a beautiful race. I had to push all the way to get the win. I will definitely be back next year,” said.

Triathlon runners-up Van der Merwe and Ross were both participating in the Big 6 Xtreme – this consisted of a 20km trail run and the Marine Mile on Friday, an MTB race and swim-run-jump challenge on Saturday, and the triathlon and open water swim on Sunday.

“When you get to Sunday morning the legs and body are tired, but this event is so special that you just put that out of your mind and go for it,” said Van der Merwe.

After the final results of the Big 6 Xtreme were calculated, Van der Merwe and Ross were named winners of this event.