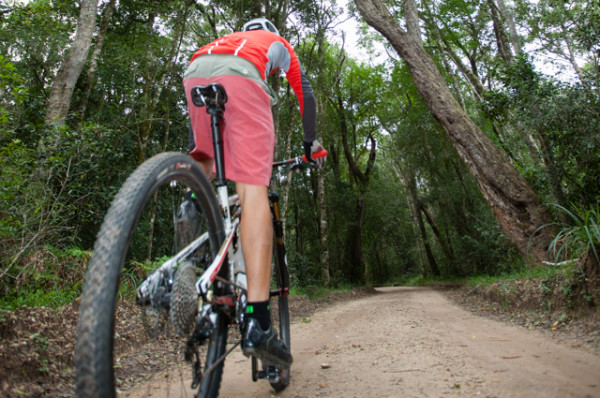 One, three? As many as five…experts cannot agree over how many elephants still roam the Knysna forests, but recent camera trap evidence and specialised genetic testing suggest at least five. Will you ever get to cross paths with these ghosts of the forest. Probably not, and that’s a good thing – as the most southerly free roaming jumbos in the world, they deserve to be left in peace. But, you could ride where they roam on the Pennypichers Dr Evil Classic.

Day two especially – which features more of what every mountain biker wants, singletrack – traverses some of their known haunts on the slopes of the Outeniqua Mountains. The new 75-kilometre day two route, will start at Cairnbrogie dairy farm near the Plettenberg Bay airport which has an extensive network of singletrack. This stage will also take in much of the famous Garden of Eden trails.

The ghosts of a 1000 ellies not enough reason to enter. Here are two more:

Knysna’s favourite craft beer brewery, Red Bridge Brewing Co. has come on board as official ‘refreshment partner’. Riders couldn’t ask for better recovery drinks… Red Bridge launched their flagship No.17 Golden Ale in December 2013 and that, and their two latest hand-brewed offerings will be there to fuel the race village.

The event prides itself in the fact that nowhere in the country can you ride indigenous forests as you can here on the Garden Route. The 2015 route maps, profiles and detailed information are available at drevilclassic.com. The base for the event be Wittedrift just outside of Plettenberg Bay and the final day will be on Saturday 19th September.