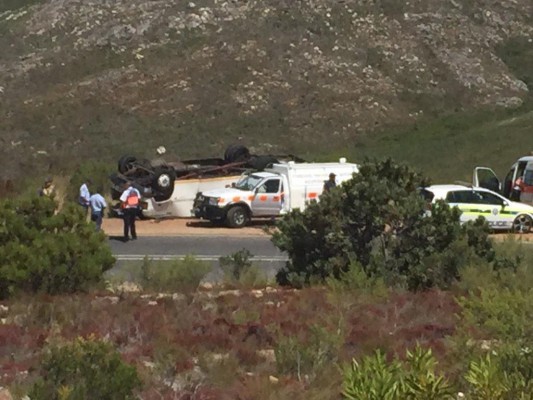 Two rugby players and a supporter were killed and 26 others injured in a bus accident in the Western Cape on Saturday morning.

The accident occurred along the Franschhoek Pass after the bus driver apparently swerved to avoid hitting two cyclists on the road.

Latest details have been confirmed that three men have been killed after the bus, carrying 48 passengers, went off a cliff.

Jamaine Kriger posted on Twitter that coach Archie Johnson confirmed the deaths of the player and supporter.

26 people were rushed to various hospitals in Paarl, Stellenbosch and Cape Town. Four in were in a critical condition.

It’s believed the group of rugby players from Groendal, were travelling to a match in Grabouw.

Provincial EMS spokesman Darren Francis says, “It appears the cyclist cut corners and the bus had to swerve to miss him but it was obviously too late. The bus rolled and landed on its roof.”