Running Forever Faster For Those Who Are Differently Abled 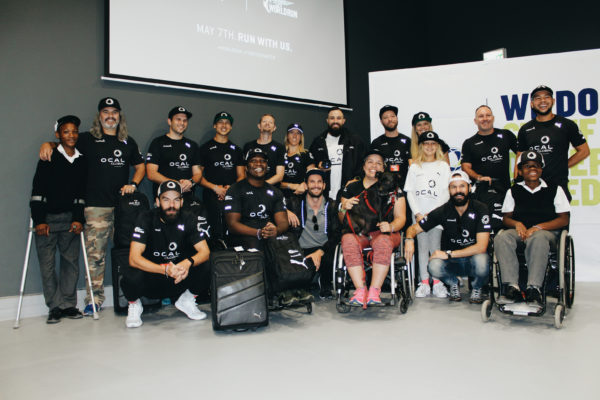 PUMA has thrown its support behind the OCAL Global team of 11 conventional runners and 2 hand cyclists who will embark on a non-stop 24 hour, epic 10 day journey leaving Cape Town on Thursday 27 April and arriving in Pretoria on Sunday 7 May 2017, where they will join runners taking part in the Wings for Life World Run.

PUMA’s support for the OCAL Global team includes full sets of technical running footwear and apparel to withstand all the elements will throw at them during their epic journey to the Wings for Life World Run in Pretoria.

Wings for Life is a not-for-profit foundation funding world-class scientific research and clinical trials around the globe aimed at finding a cure for spinal cord injury, and the South Africa edition of the Wings for Life World Run will start outside the SuperSport Park Cricket Stadium in Centurion. The route will take runners through Irene (10km), Clayville (21km) heading towards Randjespark and back towards Zwartkop.

The global charity event has a fun format: 30 minutes after the race starts a Catcher Car sets off, chasing runners along the route. So depending on fitness levels and speed, a runner’s race could range from 5km to more than 50km before they are caught by the Catcher Car. It takes place across 35 countries simultaneously with the last man and woman to be caught across the globe being declared Wings For Life World Run Champions.

The OCAL Global team added the epic 10 day journey to their Wings for Life World Run adventure, to challenge the perception of “disability”. All funds raised will go to purchasing sporting equipment and kit, as well as the building and installation of sports facilities at the Tembaletu School for learners with special education needs in Gugulethu, Cape Town.

“Thank you to PUMA South Africa for empowering us to do epic stuff with differently abled people,” said Nicolene Mostert, CEO of OCAL Global.

“The OCAL Global team will be up against some gruelling conditions, from bitterly cold mornings to scorching hot days, and their sponsored PUMA kit including NightCat, PWRCool and PWRWarm technical apparel will boost performance during their epic journey,” said PUMA South Africa Marketing Director Brett Bellinger.