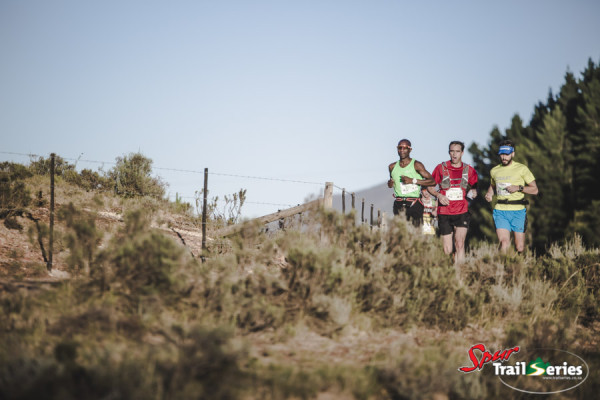 On a picture perfect summer day, more than 700 runners made their way to Oak Valley in Elgin to be a part of this year’s Spur Cape Summer Trail Series™ one last time.

In this, the final race of the 2015 Series, runners were treated to a 7.25km short course, a 15.3km long course and the once-of 24.6km XL. Good times were expected as Oak Valley is a fast course traditionally, but the quality of runners that took part certainly contributed to the blistering pace that was set at the front of the field.

Nicholas Rupanga made it clear that he is well and truly back from injury and took his second straight win in a Spur Trail Series™ XL race as he beat Julian Atkinson to the line in a superb 1:43:10. Atkinson wasn’t far behind and finished in 1:44:23 as Ryan Winter secured third position and the final step on the podium in 1:45:35.

Landie Greyling was the first lady across the line and 10th overall in a fantastic time of 1:53:59, less than a minute ahead of Liandi van der Westhuyzen who came home in 1:54:51. Third lady home was Marié Wessels in a time of 2:00:23.

Championship goes to Rukadza and Soggot
While Bernard Rukadza had already tied up his seventh Spur Trail Series™ Championship title by winning race 1, 2 and 3, Katya Soggot had to win the final race to claim the title as she did not finish race 3 after taking a wrong turn and not completing the correct course.

She didn’t disappoint and stormed to victory in the 15.3km course in a time of 1:05:42, more than seven minutes ahead of the second placed lady, Christine de Kock in 1:12:52. The third lady home was Annei Kloppers in a time of 1:16:33 to complete both the race and the Championship podium positions.

After a tough training week, Rukadza could only manage to claim third place on the day on tired legs with his regular competition, Tsungai Mwanengeni and Raydon Balie making the most of the fast course to claim first and second respectively. Mwanengeni crossed the line in 53:39 with Balie just managing to pip Rukadza to second place in a time of 53:20. Rukadza took third place in a time of 55:31. Rukadza also claimed the Series first place with Mwanengeni taking the veteran’s Series win.

Dawood Goeieman gave his all in an attempt to grab the junior Series title but in the end Jarryd Dunn did just enough to keep his number one Series position and walk away as the junior Challenge champion. Goeieman sprinted to first on the day in a time of 27:48, only two seconds ahead of Llewelyn Jacobs in 27:50. Third across the line, and close enough to claim the junior Challenge title was Dunn, in a time of 28:21.

The ladies competition was equally exciting and Hayley Preen carried on where she left off at race 2 to claim another victory and with that, the junior Challenge title. She crossed the line in 32:36 with Mariella Dierks coming home second overall in a time of 34:22 to claim the senior Challenge title. Linda Detering was the third lady home in 34:25 to cap off what has been an epic battle at the front of the short course ladies field.

There were also many battles being fought lower down in the field, and though these don’t always receive as much publicity as the competition at the front of the field, they are equally important and the Spur Trail Series™ would not be the same without them. A massive thanks to each and every runner who took part in this Series and made it another unforgettable few weeks.

We’ll be back in Gauteng for the Spur Gauteng Winter Trail Series™ in June so keep training and if you can’t wait that long, check out the Mountain Challenge Series races that kick off in May.