Sad day for cycling as the OFM Classic retires. 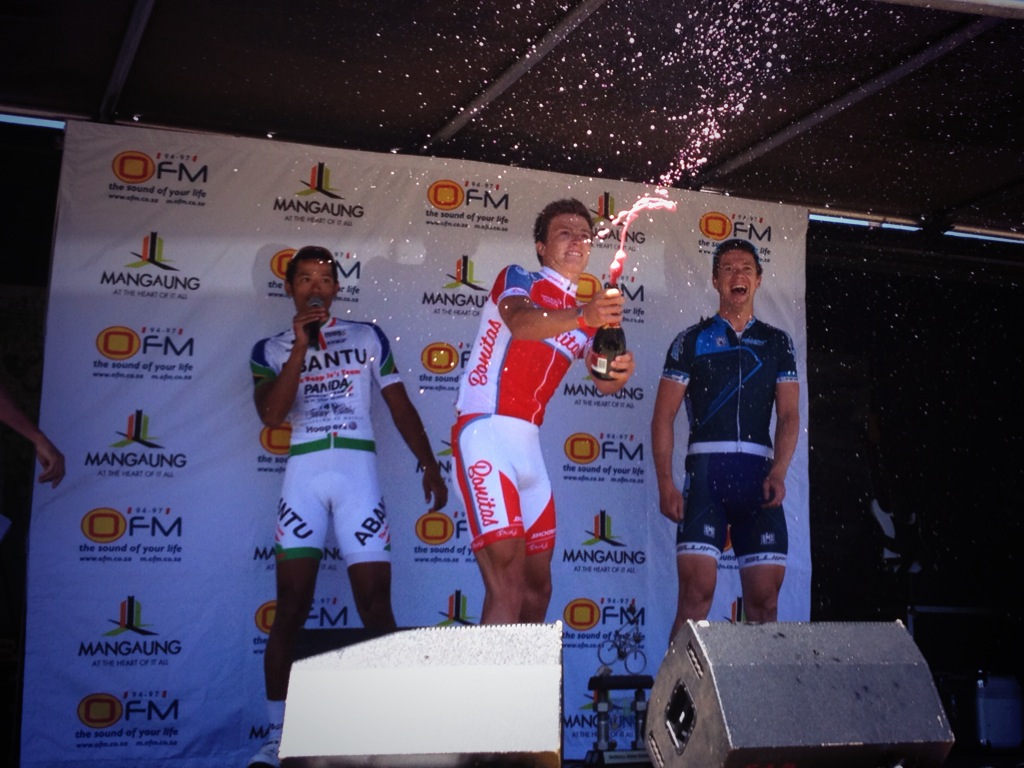 HB Kruger celebrating his win at the OFM classic in 2013 – Photo www. bonitasprocycling.co.za

Bloemfontein will not host the OFM Classic cycle race in 2014. Title sponsors and event owner OFM announced that the event will be retired today.

Increasingly cycling as a sport is under pressure due to rising costs and decreasing interest from sponsors. Additionally, the sport itself presents a number of constantly evolving challenges for organisers, not least of which is road safety. These challenges create a situation where the event now generates a significant financial loss.

As a result, OFM has decided that the event will not take place in 2014. The race has taken place annually in Bloemfontein for the past 13 years, and before that for nearly a decade in Bethlehem. Pick n Pay, MTN and the Manguang Metro enjoyed regional exposure as title sponsors. The race was also one of the few races that bucked a recent trend of declining participation in mass cycling events, with numbers growing every year for the past 6 years.

“It is with deep regret that we make a decision that we know will impact local cycling as well the local economy”, says OFM’s General Manager Nick Efstathiou. “However, the current economic climate has forced us to re-evaluate all of our marketing properties. The Classic suffers from exposure to rising costs, and reliance on a number of outside agencies. Increased costs for safety reasons have led to the race becoming economically unviable, and as a result we have no choice but to close the event. Safety is paramount.”

The Classic has a route that involves co-operation from the Mangaung Metro, the Free State Province as well as SANRAL for traffic safety purposes, and covers over 110km of road which require monitoring for damage as well as closure over the race weekend.

Last year, nearly 4000 people took part in one or more of the events, which included two Mountain Bike events.

“Our title sponsor, the Mangaung Metro Municipality, have been fantastic and are naturally also disappointed that the event cannot continue.

We have had many long term partners part of the race since 2001 and we thank them for their loyal support. Special mention must be made of ER24, Bloemfontein Cycling Club and Monica Naude (organizer), all of whom have been involved with the race since its inception.” adds Efstathiou.