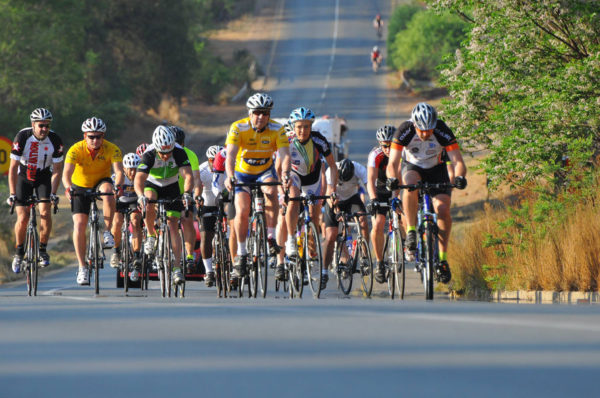 More than 3 500 participants are expected to take part in the Bestmed Satellite Classic near Hartbeestpoort Dam on October 22. Photo: Supplied

Participants in the Bestmed Satellite Classic will be able to sample any of three “courses” dished up by organisers when it takes place near Hartbeespoort Dam in the North West Province on October 22.

He said the shortest of the three distances was extremely well received and he anticipated it would continue to grow.

De Villiers said that while the two feature races presented plenty of challenges for riders, the latest addition provided something for those who found themselves “slightly undercooked” after the winter hiatus.

“It takes place on a beautiful road surface and offers a wonderful alternative to the other two races. It’s undulating, but by no means a difficult ride.”

One of the major incentives of competing in the Satellite Classic, said De Villiers, was that it doubled as a premier seeding event for both the Cape Town Cycle Tour and the 947 Cycle Challenge in Johannesburg.

He said the race, which is easily accessible from the West Rand, was also the only event that presented two seeding distances.

And, with it taking place roughly a month before Gauteng’s premier one-day race, he said it offered participants other benefits as well.

“It has turned out to be a nice barometer of their form heading into the 947.”

ASG Events were again hoping for strong support from the public as they strived to boost the coffers of the Cancer Association of South Africa (Cansa), said De Villiers.

“It is vitally important to get as many participants as possible because R10 of every entry goes to Cansa.”